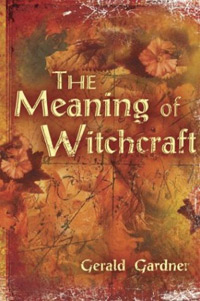 Wicca, a modern Pagan religion that worships the Earth and nature, was established in the 1940s and '50s by Gerald Gardner. Gardner defined witchcraft as a positive and life-affirming religion. The central Wiccan theme is, "if it does no harm, do your own will." Gardner also ascribed to this definition many witchcraft practices and skills that had existed for centuries and been part of many different religions and cultures. These practices included such things as divination (foreknowledge), herblore, magic and psychic abilities. Modern witchcraft in Britain, Europe, North America and Australia all evolved based on the Gardnerian definition and belief system.

Wicca has no belief in a Devil and does not subscribe to the Christian idea of Hell, so the idea that modern witches worship the devil is nonsense. There are many conflicting definitions of "Wicca" and "witch," and even modern-day witches don't all agree on how to define themselves and their religion. Most, however, call themselves witches and their religion Wicca. There are actually several Wiccan traditions now that have varying beliefs, all loosely based on the Gardnerian ideals. Most of what we cover in this article is based on the Gardnerian tradition.

The Wiccan belief is that when witches become one with the deities through rituals, they become in tune with the overall life force or cosmic energy. This allows the witch to somewhat control that energy (meaning the energy from themselves and their environment) and direct it for "personal" change through magick.

The theory follows the scientific concept that all matter vibrates with its own energy. The speed of that vibration is dictated by the movement of the molecules that make up the object. Whether the object is solid or not is also determined by the movement of the molecules. According to the book "Spellworks for Covens," energy from the witch's body also has a vibration -- both a physical rate of vibration and a spiritual rate of vibration. During power-raising rituals, witches believe that the molecules from both their physical and spiritual sides meld together to increase their overall energy and create a pathway for energy to flow through them. In order not to deplete their own personal energy stores, they can also pull energy from the Earth and sky.