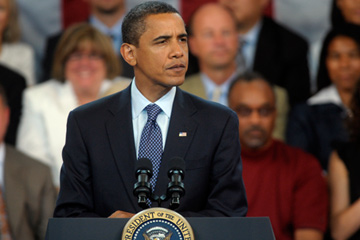 On March 23, 2010, President Barack Obama signed the Patient Protection and Affordable Care Act, thus making laws of a host of health care reforms The signing ceremony capped a contentious few months, with U.S. citizens and legislators alike arguing about the merits and drawbacks of reforming the health care system. The issue has proved to be a divisive one for the United States, which may lead an outsider to wonder, why go to all this trouble?

If you have a personal story about butting heads with your insurance company to get a surgery or coverage for a prescription drug , you probably understand why the United States pursued health care reform. If you're one of the 47 million people who lack health insurance, then you may also understand, particularly if you've experienced an illness or injury you couldn't afford to get checked out. And if you didn't get a raise this past year despite a great performance, then you might have the rising costs of your employer's health insurance plan to thank for that, and you, too, might be ready for some changes.

But many people are content with the current health care system and don't see the need for reform. In fact, one CNN poll showed that 8 in 10 Americans are happy with their health insurance [source: Steinhauser]. If things work well, why change them? And when the proposed change is likened to a government takeover of health insurance, then those who believe the government's role in the lives of its citizens should be very limited become agitated. You may think that it's everyone's personal responsibility to secure health coverage. You see the sob stories on the news about people forced into bankruptcy and feel concerned, but ultimately, you wonder, did these people splurge on flat-screen televisions instead of practicing fiscal discipline? And if so, why is it the government's responsibility to help them out?

To some extent, a lack of individual responsibility for one's health could be seen as a culprit in our exorbitant health care costs. There's no doubt we love our supersized fast food meals here in the United States, and one study posited that 27 percent of the rise of health care costs is due to obesity; another 7 percent of the costs is due to smoking [source: Clifton]. The Rollins School of Public Health at Emory University has determined that costly, largely preventable conditions like diabetes and heart disease may put an extra $100 billion to $150 billion on our country's tab each year, compared to health care costs in European countries [source: Girion].

But to say that everyone is fat, smoking like a chimney and buying flat-screen televisions instead of healthy fruits and vegetables is a gross oversimplification. If we step back and take a look at the big picture, however, it becomes apparent that the health care system isn't working as well as it should, and it's costing all of us. Insured or uninsured, conservative or liberal, the current health care system is simply not the best value for the money that we pay. Some sobering statistics are on the next page.