Browse the article What is the Revolving Door? 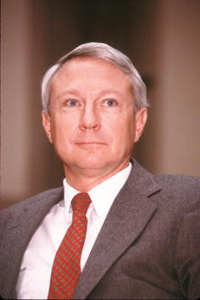 Edward Aldridge, shown in a 1987 photo when he was secretary of the Air Force and before he entered the Revolving Door into the private sector.
Cynthia Johnson/Getty Images

When he worked as undersecretary of defense at the Pentagon during the George W. Bush administration, Edward C. Aldridge was known as a critic of a proposed Lockheed-Martin F/A 22 fighter jet contract, which he derided as overly expensive. Despite this, Lockheed hired Aldridge in 2004. Before he left his job at the Pentagon, however, he approved a $3 billion government contract to purchase 20 more of the jets he'd previously criticized [source: Wayne].

In 2006, President George W. Bush appointed Henry Paulson as secretary of the U.S. Treasury. Until then, Paulson had served as the chief executive officer of the giant and revered Wall Street investment bank Goldman Sachs. Two years later, Paulson would oversee the Troubled Asset Relief Program (TARP), more commonly known as the federal bailout of the banking industry. Goldman Sachs received $12.9 billion in federal bailout funds; several of the bank's largest competitors received little or no aid and went under [source: Cohan].

In 1985, California Democrat Jerry Patterson lost his bid for a sixth term in Congress. Instead of returning home, Patterson opted to stay in Washington and accept a position at a law firm there. He was one of about 25 percent of the members of Congress that year who opted to use their contacts with their federal policymaker colleagues to gain employment as lobbyists with private companies [source: Zintl, et al]. By 2005, that number would jump to 43 percent [source: Birnbaum].

These are three examples of what sociologists and political scientists have come to call the Revolving Door between government public service and private corporations. This door merely represents the exchange of labor between the higher echelons of government and business. Although it's legal, this shared, small labor pool can often be found acting in its own self-interest, rather than that of the public.

What do supporters and detractors have to say about the Revolving Door? Find out on the next page.

Advantages and Disadvantages of the Revolving Door

Supporters of the system suggest that this symbiosis between the public and private sectors benefits both by cultivating a pool of people knowledgeable about policy and business. This familiarity allows for a more responsive government that doesn't need to fully train each new legislator or regulatory member. On the other side, business has the luxury of hiring people with firsthand knowledge of the law, having helped create or enforce it.

Critics, however, point to something economists call regulatory capture. Within this framework, regulating bodies created to protect the public interest become populated or influenced by members of the industries they regulate. What may result is a loss of oversight and a shift in policy that favors industry over the public interest. The Food and Drug Administration (FDA) may lower standards for food quality, the Environmental Protection Agency (EPA) may lower standards for air purity or the Federal Communications Commission (FCC) may rule against net neutrality. It can be -- and often is -- likened to hiring a fox to guard the henhouse [source: Butler].

Elected and appointed officials working in government may use their time in office to generate connections with legislators they can call on as contacts after they enter the private sector. Business can send members of its companies to alter policy and regulations to its benefit. But one large group is left unprotected and out in the cold by the Revolving Door -- the everyday members of the general public. If democracies are established to serve the public interest, how is the Revolving Door legal? 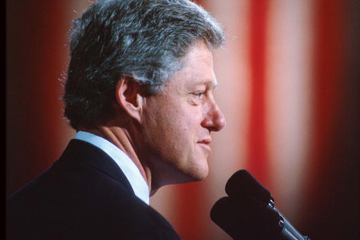 The Revolving Door doesn't swing entirely freely. Since the 1970s, a number of presidents and legislators have sought to tighten restrictions on the labor exchange between the public and private sectors.

After the ethical violations and crimes that led to the resignation of President Richard Nixon in 1974, Congress, under the Jimmy Carter administration, passed the Ethics in Government Act of 1978. Most important to the Revolving Door was the cooling-off period the law mandated. Employees in the executive branch now had to wait a full year before they could be employed in a lobbying capacity.

In 1989, President George H. W. Bush signed the Ethics Reform Act into law. This bill expanded the restrictions on employment established by the 1978 Act beyond federal employees to include members of Congress and staff in the executive branch. Now legislators and their aides faced a year of non-employment in positions in private companies that used their former service in government to lobby on behalf of special interests.

During his 1992 campaign, President Bill Clinton ran on a platform that included a pledge to stop the Revolving Door. True to his word, when Clinton took office, he issued an executive order that extended the ban on lobbying among federal and executive branch employees from one year to a full five years. By the end of his second term in office, however, Clinton revoked the order, which would have stood in perpetuity. After the extension was revoked, many critics concluded that business was back to normal [source: Salinger].

How has the Revolving Door evolved in the new millennium? Find out on the next page.

When President Barack Obama took office in 2009, he also made a pledge to tighten restrictions on lobbying by former appointees and White House staff. In his campaign ethics plan, Obama laid out rules that kept incoming appointees from working on legislation that concerned their former industry and kept outgoing officials from lobbying the White House for the duration of his administration. When he took office, Obama issued an executive order that proclaimed as much [source: White House].

Yet, as is the case with every other administration that has sought to stop the Revolving Door, these restrictions have their limitations and failures. Obama was heavily criticized for issuing waivers that allowed individuals to circumvent the ban entirely or in part by allowing them to recuse themselves if the need arises [source: Politifact]. And, following midterm changes to his staff, some prominent officials immediately took positions in private business where they could lobby their old colleagues.

The attempts to restrict the cross-influence between the public and private sectors over the years have made it seem like the Revolving Door will continue unabated, yet solutions have been proposed. One suggestion is that the underlying inclination to leave a federal agency for work at a private corporation is that corporations pay much more than federal work does. By bringing federal employees' wages in line with those in the private sector, some suggest the urge to move on from government positions may be lessened and the division between public and private sectors may be maintained [source: Klein].

Some propose greater transparency. Congress provides the public with a searchable database of outgoing member of Congress, their staffs and the restrictions on their employment, which allows any person with a Web browser to act as a watchdog. The White House posts the names and information of appointees who've been granted a waiver to work at the White House despite their history as lobbyists. Neither branch has both and some critics have called for a more comprehensive approach to revealing Revolving Door information to the public [source: Blumenthal]. Still others suggest the proper laws are in place. They simply need to be better enforced.

For more information on lobbying and the federal government, head over to the links on the next page.