History of the USPS 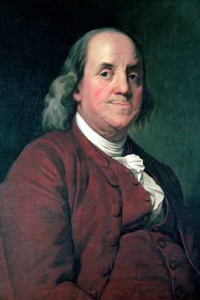 Benjamin Franklin was the first postmaster general, one of many jobs he would hold in his seemingly never idle life.
Joseph Wright of Derby/Getty Images

In Colonial times, mail was simply delivered by friends, merchants and Native Americans. Because colonists needed to send mail back to England, the first official postal service was established in 1639 when the General Court of Massachusetts designated Richard Fairbanks' tavern in Boston as the official mail drop for overseas parcels. Using a tavern for the mail may seem odd, but it was common in England for taverns and coffeehouses to be used as mail drops. Most local authorities began establishing their own routes between the colonies, but it was not until 1683 that William Penn established an official post office in Pennsylvania. In the South, private messengers relayed mail between plantations.

A more centralized postal organization came about in 1691 when the British Crown gave Thomas Neale a 21-year grant for a North American postal service. In 1707, the British government bought the rights to the North American postal service and appointed local deputy postmasters general. This continued until 1774, when the colonists' dislike for British control led to the establishment of a Constitutional postal service for intercolonial mail. The people paid for this service, and all revenues went into its improvement.

The Boston riots in 1774 led to the creation of the Continental Congress and the beginnings of an independent government. In 1775, the Continental Congress appointed Benjamin Franklin as the first postmaster general, in charge of the newly created Post Office Department. Franklin had proven his abilities when he was appointed postmaster general in Philadelphia in 1737 and had brought new organization, speed and reliability to the service.