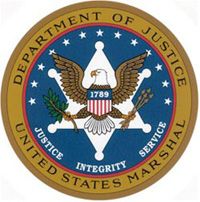 The U.S. Marshals Service is the oldest law enforcement agency in the United States. With duties that encompass virtually anything that involves federal courts, federal laws or federal fugitives, the marshals provide a crucial service that’s often overlooked next to larger agencies like the FBI and the ATF. Their fabled history includes periods when they were the only source of law and order in certain parts of the country, and the marshals’ efforts are just as important today. In this article, we’ll look at the history of the U.S. Marshals, what exactly their job entails, and how the U.S. Marshals are organized.

The first time the U.S. Congress ever met, they signed into law the Judiciary Act of 1789. This law established the federal courts and a law enforcement service to protect them and enforce their decisions. The U.S. Marshals Service was born.

For much of their existence, the marshals were in a difficult position. The conflict between states’ rights and federal power was always simmering, sometimes boiling and eventually exploding into the Civil War. The marshals were the only representatives of federal power in most of the country, and they often had to enforce extremely unpopular laws, alienating themselves from their own friends and neighbors. Federal taxes, the unconstitutional Alien and Sedition Acts and slave laws all brought marshals into conflict with their fellow Americans. In fact, slavery was a double-edged sword for U.S. Marshals. In the south, they had to enforce bans on slave imports, obviously unpopular with most southerners. In the north, they had to arrest those who aided escaped slaves, enforcing fugitive slave laws that northern abolitionists opposed fiercely.

In the second half of the 19th century, the U.S. Marshals made their mark on history, becoming synonymous with the “Wild West.” In the lawless frontier towns of the American west, marshals were once again the only bastion of federal law - or any kind of law and order, for that matter. This time, however, most people welcomed the safety and stability a lawman could bring to a town, limiting the activities of the rowdy and sometimes murderous outlaws that roamed the plains. This is the role the marshals are most famous for; their silver star-shaped badges a symbol of the white-hat good guys in countless western films. When a marshal needed some extra man-power, he formed a posse and deputized all local men who were willing to help.

Courtesy of the Library of Congres Justice Frank Murphy­of the U.S. Supreme Court

In the early 20th century, the Marshals Service slipped close to obscurity. Though still active in federal cases and courts, the service was filled mostly by older police officers nearing retirement. They had a reputation as out of shape and dim-witted. That changed when Attorney General Frank Murphy took over the Department of Justice. In 1939 he began the process of professionalizing the Marshals Service, updating the training and hiring requirements, and improving the service’s performance, not to mention its image.

Marshals played key roles in American history escorting black students to white schools in the South when the Supreme Court ordered desegregation and tussling with anti-war protesters during the Vietnam era. The modern U.S. Marshals Service is a vital link in the chain of federal authority.

James Meredith, walking to class at the University of Mississippi, is escorted by U.S. Marshals.
Courtesy of the Library of Congres

In 2007, it was announced that Fort Smith, Arkansas would be the home of the permanent U.S. Marshals Service Museum [Source: U.S. Marshals].

The classic six-point silver star badge is familiar to any fan of Tom Mix or John Wayne. In fact, until 1941 a great deal of variety could be seen in U.S. Marshals badges, since each district designed their own. From badges shaped like shields, circles, and stars within circles, the badges evolved over the years into the modern badge, a silver star inside a circle, worn with the marshal’s or deputy’s credentials. You can see several examples of badges through the ages here: USMarshal.gov. 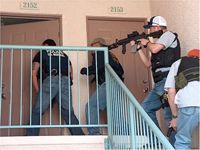 U.S. Marshal multi-agency team knock and announce during an operation.
Courtesy of the U.S. Government

The U.S. Marshals are a federal law enforcement agency responsible for the protection of federal courts and enforcement of decisions made by those courts.

The U.S. Marshals manage an airline devoted solely to transporting prisoners. The Justice Prisoner and Alien Transportation System (JPATS) facilitate prison-to-prison transfers, move convicts from holding centers to prisons and transport suspects when they are extradited for trial. JPATS own or lease a variety of aircraft, buses and vans to move prisoners - roughly 300,000 of them each year [Source: U.S. Marshals]. Not only must the prisoners be moved safely and securely, they must also keep to strict trial schedules.

The Witness Security Program (aka the Federal Witness Protection Program) protects high-risk witnesses from reprisal, usually in organized crime trials. This can range from giving the witness and his family a secure and guarded facility to live in for the duration of the trial, to providing a new identity in a different part of the country to permanently “hide” them from criminals. The U.S. Marshals have administered this program and protected over 7,500 witnesses and their families since the program’s inception in 1970 [Source: U.S. Marshals]. The Marshals claim a perfect success rate, with no witnesses being harmed while under protection as long as all security procedures were followed.

U.S. government to seize assets used or earned in the commission of certain crimes, most notably drug crimes. The cash, cars, boats and homes can then be used or sold off to fund law enforcement initiatives. The U.S. Marshals are responsible for taking possession of, holding and distributing these seized assets.

When necessary, U.S. Marshals can be called on to serve in any situation where their expertise could be valuable. The Marshals employ a Special Operations Group; specially trained officers who work like a local police force’s SWAT team, but at a federal level. Marshals have been called in during periods of civil unrest, such as the L.A. riots.

is a fugitive tracking operation that recently wrapped up its third phase. FALCON III aimed to find and apprehend wanted felons who were required to register as sex offenders, but failed to do so, and wanted felons with known ties to criminal gangs. Geographically focused in the eastern United States, FALCON III resulted in the capture of 10,733 wanted felons [Source: U.S. Marshals]. 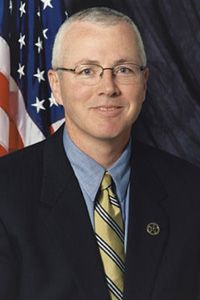 The U.S. Marshals Service is part of the Department of Justice, headed by a director appointed by the president. As of May 2007, former marshal John F. Clark was the director. The service is headquartered in Arlington, Virginia.

Marshals work in one of 94 districts throughout the country - each district coincides with a federal judicial district, so that each federal court has its own marshal. The U.S. Marshal for a given district is in charge of that district. The other officers that work in the district are deputy marshals and criminal investigators.

The U.S. Marshals Service shouldn’t be confused with other kinds of marshals. Marshal is a common title with a variety of uses. Some nations use it as a military rank. State and local courthouses have their own marshals, a title that basically means 'judicial security guard.' Air Marshals are specially trained officers who travel on certain airline flights, remaining undercover unless they are needed to quell a disturbance of some kind on the plane.

Formerly, applicants were required to take a special exam. Today, the Marshals Service uses the Federal Career Intern Program to find new hires. This is a two-year training and development program that can culminate in official hiring into the service if the candidate’s performance was adequate. Prospective marshals must complete 17 and a half weeks of training at the U.S. Marshals Service Training Academy in Glynco, Georgia. Anyone interested in becoming a U.S. Marshal can find contact information for their local recruiter here: USMarshals.gov.

Those who aspire to become a U.S. Marshal must: 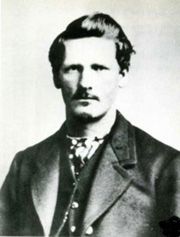 Since the service’s inception, more than 200 marshals and deputies have died in the line of duty [Source: U.S. Marshals]. The first was Robert Forsyth, shot and killed by two brothers when he tried to serve court papers in 1794.

The legendary Wyatt Earp was a U.S. Marshal, as was Wild Bill Hickok. Abolitionist and freed slave Frederick Douglass was the U.S. Marshal for Washington, D.C. Marshals have appeared prominently in many works of fiction, including hundreds of westerns. Tommy Lee Jones played one of the more well-known fictional marshals in the movie "The Fugitive," while the film "Con Air" gave audiences a look at a prisoner transport operation gone awry.

The U.S. Marshals keep a 15 list of federal fugitives. Wanted posters for these fugitives are displayed at post offices nationwide. The marshals’ most wanted list differs from the FBI’s more famous most wanted list, and usually there are no common suspects between the two lists. Each agency simply uses different criteria to determine which fugitives are most wanted at any given time.