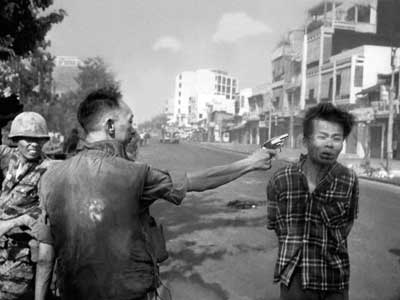 ­If estab­lishment terrorism follows a top-down model, then revolutionary terrorism is the bottom-up version (though it's sometimes sponsored by foreign states). The two models often share a codependent relationship, with a repressive government using terror to combat terrorist forces, each fanning the other's fires. For instance, the Roman Empire and the rebellious Jewish Sicarii waged wars of terror against each other during the first century A.D. over occupied Judea.

Just as establishment terrorism often arises when more lenient forms of keeping law and order fail, so too does revolutionary terrorism become an option when a military victory isn't possible. Rebellion can take different forms. On one extreme, you can field an army against a dominant government if you have the resources. If you're outmatched, however, other methods are available.

­If you can't defeat a superior force on the battlefield, you can chip away at it through guerilla warfare until its forced to yield. This has led many social scientists to refer to such tactics as the "weapon of the weak." Yet while guerilla warfare may entail violence against civilians, it isn't generally defined by it. This leads us back to the more specific definition of terrorism as the systematic use of violence against civilians, in this case by noncombatants, to generate a climate of fear to bring about change. In these cases, victory is often impossible, even by attrition. The cause becomes less about achieving an objective (such as political change) as it is about publicizing the cause and gaining reprisals against real or perceived wrongs. In these cases, terrorism becomes a violent revenge drama to attract attention and spread a message through fear.

­Another form of terrorism is subrevolutionary terrorism, in which the terrorists fight to change existing political or social structures, but without deposing a regime. For instance, the African National Congress was classified by the United States as a terrorist organization for its sometimes-violent efforts in the 1980s to end South African apartheid. In the post-Civil War American South, the Ku Klux Klan brutally lynched blacks to push a white supremacist agenda. Both groups attempted to change public and social policy, rather than overthrow the government.

Is the saying "One man's terrorist is another man's freedom fighter" mere terrorism apologetics, or is there a degree of truth to it? For starters, virtually no terrorists call themselves "terrorists," instead opting for the title of soldiers, freedom fighters or insurgents. It also depends who is throwing the labels around. To Soviet forces in Afghanistan, the mujahedeen were terrorist insurgents, while the United States backed them as freedom fighters against an invading communist army.