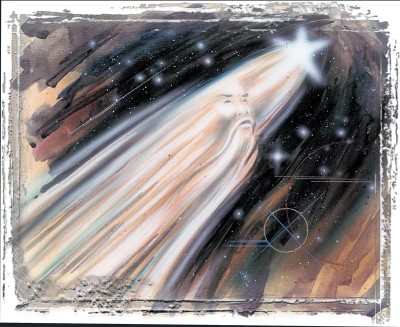 Tao expresses the path human beings must take to join with the unity of the universe.
©2007 Publications International, Ltd.

Taoist philosophy is closely related to the meaning of a single word: the Chinese word "Tao."

Every language, culture, and religion has words that convey more than one simple idea. Even though such words often have several layers of meaning, there is never any confusion as to what is being said.

Ask a dozen people, for example, to explain the word "heaven" -- as likely as not, you'll hear a dozen different definitions or descriptions. The same is true of the word "Tao," which is often translated as "way" or "path."

Although there are many definitions of Tao, this one word communicates an entire philosophy, an outlook on the fundamental nature of life and the universe.

The word Tao is nothing less than an expression of the profound unity of the universe and of the path human beings must take to join, rather than disturb, that unity.

What is this path, and how do we find it? The path begins with an understanding of the origin of the universe. "Knowing the ancient beginning is the essence of the way," stated the ancient Chinese sage Lao Tzu, the author of the Tao Te Ching.

Known in English as The Book of the Way, this poetic masterpiece was written approximately 2,500 years ago. As well as being a matchless work of literature, it takes its place in history as the first written record of Taoist philosophy.

The Interdependence of All Things

Day is only day in relation to night, cold only cold in relation to heat, and soft only soft in relation to hard. Looking deeper still, they realized that these relationships are in a constant state of flux: Day flows gradually into night and back again.

All things, then, are interdependent. By observing the processes of nature, the Taoists say, we can come to some understanding about the meaning of our lives and about our place in the world. These concepts are the cornerstone of Taoist philosophy.

Taoist philosophers also noticed that what happens in nature is effortless. This does not mean that there is no struggle, but that events occur without premeditation.

Consider the life of a plant. The seed falls onto the ground. If the soil is fertile, and if it receives warmth, light, and water, it may emerge as a seedling. It does not require instruction to know how to take nourishment in through its roots or how to photosynthesize light and unfold into a mature plant.

Given the knowledge it contains, the plant is complete within its own nature. The Taoist asks: why should life be different for people? Why not allow situations to unfold as they may rather than trying to manipulate others and orchestrate events?

This belief in Taoist philosophy is known as the doctrine of doing-by-not-doing, and it lies at the heart of Taoist practice. It is the message of the following portion of Verse 29 of the Tao Te Ching:

Do you think you can take

I do not believe it can be done.

The universe is sacred.

You cannot improve it.

If you try to change it,

you will ruin it.

If you try to hold it,

you will lose it.

Nature is complete without us, this verse tells us. We must recognize this fact and begin to participate with nature as a partner in the universal scheme.

Our mission, according to Taoist philosophy, is to return to a natural way of life, unencumbered by complicated social institutions and intellectual ideas. Doing so, Taoism suggests, will return us to a state of natural grace -- Tao.

This contact with what is innately pure will, in turn, strengthen our spirit, the source of which is nature.

Continue reading to discover more about Tao, the path, and finding the way -- all central components of Taoist philosophy.

To learn more about Taoism and tai chi, see: