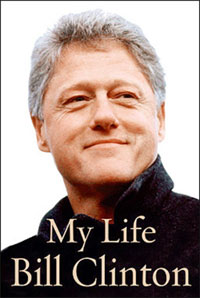 Presidential memoirs tend to get a lot of buzz. In recent years, President Bill Clinton and President George W. Bush have each published memoirs, but of the all the prior U.S. presidents, a surprisingly small number have actually written memoirs. Given the ubiquitous political publishing of our time, it's difficult to imagine that any president would actually let pass the opportunity to tell his story in his own words -- but many did.

For those few who have opted to record the story from their singular vantage point, they certainly took advantage of the opportunity to have their say. In the preface to his two-volume, 1,000-plus page memoir, Harry S. Truman writes:

Unfortunately some of our Presidents were prevented from telling all the facts of their administrations because they died in office. Some were physically spent on leaving the White House and could not have undertaken to write even if they had wanted to. Some were embittered by the experience and did not care about living it again in telling about it. As for myself, I should like to record, before it is too late, as much of the story of my occupancy of the White House as I am able to tell.

In this article, we'll take a look at what a presidential memoir is and who has taken the time to write one. We'll also take a look at other presidency-related memoirs, including memoirs written by presidential hopefuls and by first ladies. One former first lady's memoir, Hillary Rodham Clinton's "Living History," has broken sales records.