Browse the article How Polygamy Works 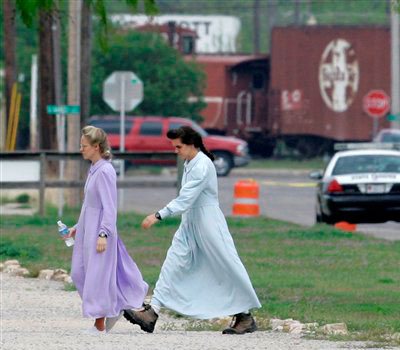 Recently, child welfare officials allege in court documents that the Fundamentalist Church of Jesus Christ of Latter Day Saints outside of Eldorado, Texas, was "rife with sexual abuse, with girls spiritually married to much older men as soon as they reached puberty and boys were groomed to perpetuate the cycle [source: AP]. " In 1997, Warren Jeffs, the former church leader, was prosecuted and found guilty on two charges of rape by accomplice.

On the popular HBO drama "Big Love," Bill Paxton plays a man with three wives who live next door to each other and share a backyard. So polygamy isn't just on fictional TV, but are any of these portrayals accurate?

Today, most Americans think of monogamy as the "normal" form of marriage. But as it turns out, strictly monogamous practices are in the minority. In fact, cultures that practice some form of polygamy outnumber monogamous cultures by the hundreds [ref]. Some critics suggest that the Western practice of frequent divorce and remarrying represents a form of serial polygamy, though most anthropologists consider it serial monogamy -- no one gets married to more than one person at one time.

The Nyinba people of Nepal practice fraternal polyandry. Polyandry is a form of polygamy in which one woman has multiple husbands. In Nyinbian culture, when a woman marries a man, she marries all of his brothers, too. All of the brothers have equal sexual access to the wife, and the entire family cares for the children, although the family may recognize individual brothers as the specific father of a given child [ref]. This kind of marriage structure concentrates the wealth and resources of all the brothers into one family, and also concentrates their parents' land and wealth.

Polygyny, on the other hand, rewards males who have access to greater wealth and resources than others. It takes a lot of work and money to support a large number of wives and the children they produce. In biological terms, such a man is an excellent choice for reproducing and passing his genes on to the next generation, which could be expected to be similarly successful. A man can father many children in a short period, while a woman is limited to one pregnancy every nine months. If a successful man has many wives, he can pass on his genes more often. This is also an advantage in societies where rapid and frequent reproduction is vital for survival. Early Jewish doctrine encouraged polygyny because Jews were a minority and needed to increase their numbers rapidly. Some orthodox Jewish sects advocate polygyny today, and some scholars believe that the Talmud contains passages suggesting tolerance or even encouragement of polygyny.

Islamic tradition addresses polygamy directly. The Koran states that a man is allowed up to four wives, but only if he can support them and treat them all equally. Many Islamic societies continue to allow polygamy, but usually only the most affluent men can afford multiple wives. Westernization has led many younger Muslims to view polygamy as old-fashioned.

In Vietnam, polygamy is not legal, but there's a practical reason for its practice -- decades of war has left the male population severely depleted. Polygamy was also common in China before Confucianism, which supported the practice, fell out of favor. Many African tribes, Native American tribes and pre-Christian Celts practiced polygamy, often without the conservative restraints on the sexual aspects of it that characterize Mormon polygamy [ref].

Next, we'll look at the Mormons, polygamy and the United States legal system.

More on Polyandry and Polyamory, Bigamy and "Swingers"

While polyandry is rare, societies that allow both multiple husbands and multiple wives is even rarer. The Amazon Zoe tribe is a notable example of this practice.

Polygamy is often confused with polyamory and bigamy. Bigamy occurs when one man illegally marries more than one woman. He might marry a second wife before his divorce is complete, for example. In rare cases, men have carried on double lives, marrying two women and supporting two families, with neither wife knowing about the other. Practicing polygamy in a country with laws that forbid it is technically bigamy.

Polyamory is the concept of being in love with more than one person at one time. Polygamists practice polyamory, but polyamorists don't necessarily practice polygamy. They may have living arrangements in which multiple adults form one family, share economic burdens, care for children and share sexual access with one another. However, they do not usually attempt to form a legal marriage. The line between a polyamorous family and a polygamist family is a fine one. Although broad generalizations always have exceptions, polyamorists tend to have communal, liberal views, while polygamists generally come from conservative religious backgrounds.

Swingers are married people who openly engage in sex with people other than their spouses. They don't generally form lasting relationships beyond friendships, nor do they form family structures: the focus is on sex alone. 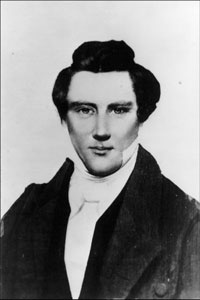 For many people, polygamy is associated with Mormonism, a religion founded by Joseph Smith, Jr. in the early 1800s. Smith claimed to receive messages from an angel, which directed him to golden plates that told the story of ancient people who came to North America from Israel. He supposedly found these plates in New York and translated them into a new scripture known as the Book of Mormon.

The Book of Mormon itself does not contain specific information about polygamy. However, Smith began to practice polygyny in the 1830s and secretly told his "inner circle" that he had received a revelation: a man should take multiple wives in order to become a king in Heaven. He pointed to Old Testament figures like Solomon and Jacob as examples. Although his polygyny became well-known and contributed to the persecution of Mormons, Smith never publicly acknowledged the practice, and it wasn't official church doctrine. However, the practice spread and was encouraged by Smith's successor (Brigham Young) in the Church of Jesus Christ of Latter-day Saints, the "main" branch of Mormonism. By 1852, so many Mormons were practicing polygyny that the church acknowledged it in an official announcement. Mormons refer to polygamy as "plural marriage." By this time, the church had splintered. One branch followed Smith's son, Joseph Smith III, and rejected polygamy entirely.

In 1890, after decades of conflict with the federal government, the Church of Jesus Christ of Latter Day Saints leadership announced that another revelation would change church doctrine. Polygamy became a major obstacle when Utah, where the Mormons settled, applied for statehood. This new directive forbade polygamy within the Church of Jesus Christ of Latter Day Saints, but it never removed Smith's polygamy revelation from their holy texts. Church members who continued to practice plural marriage were excommunicated. This change resulted in another schism, and several small groups of Mormons split off to found their own sects so they could continue to practice polygyny. These groups sometimes refer to themselves as Mormon Fundamentalists.

Mormons who practice polygyny today still believe that Joseph Smith, Jr. received a divine revelation that only men who took at least three wives would become "gods" in Heaven. Women who refuse to marry into polygynistic families will be denied entry into Heaven. Modern polygamist Mormon families are characterized by large numbers of children and anywhere from three to more than 15 wives. Joseph Smith, Jr. is thought to have had as many as 48 wives [ref]. According to its practitioners, this arrangement has several benefits:

However, they also acknowledge certain difficulties. Jealousy between wives is often a problem, because it can be difficult for the husband to devote enough attention to each wife. Many families create a schedule that regulates which nights the husband sleeps with each wife. Usually, the entire family lives together, with the wives having separate rooms. In some cases, wives might live in separate houses, or the family might live in a duplex.

The economics of polygamy can be hard on the families as well. Colorado City, Arizona, a strict polygamist enclave, suffers from severe poverty. The families are simply not able to make enough money to support all their wives and children. They rely heavily on welfare, and in some cases commit welfare fraud. The problem is so severe that Colorado City and similar communities put a serious strain on state welfare systems.

The status of polygamy in the United States is simple: it's illegal. Several federal laws passed in the 1800s made polygamy illegal in all U.S. territories, including Utah. When Utah became a state, legislators included a specific ban on polygamy in the state constitution. Today, few states have laws that specifically outlaw polygamy, but all outlaw bigamy. However, few polygamists try to legally marry more than one wife. They may marry other wives in church ceremonies, but no marriage license exists. Some polygamists marry and then divorce all but one wife, but continue living and sleeping with all of them.

Very few polygamists have been prosecuted. When they are, the prosecution usually focuses on an ancillary offense, such as child abuse or welfare fraud, rather than polygamy itself. A series of raids in the 1950s in which police arrested polygynist husbands resulted in a public relations disaster as people reacted to images of wives and children left without their fathers.

Most polygamists are careful not to "officially" marry more than one wife at a time, so a bigamy conviction is virtually impossible. Laws against cohabitation are vague, hard to enforce, and probably unconstitutional in any case. Any direct prosecution on grounds of polygamy would require one of the wives to act as a witness against the husband. Even if the evidence were easy to come by, there are so many practicing polygamists in Utah and nearby states that the state doesn't have enough money to investigate, try and jail them all.

For lots more information on polygamy and related topics, check out the links on the next page.

Author's Note and The Dark Side of Polygamy

The terms "Mormon" and "Mormonism" are sometimes controversial, as not all sects use this term to describe themselves, and not all sects practice polygamy. In common usage, anyone who follows the teachings of Joseph Smith, Jr. is a Mormon, and we'll follow this use for this article. (We'll distinguish between different sects as necessary.)

It's almost impossible to find hard statistics about polygamy, because plural marriages are rarely documented. Many Mormon fundamentalist sects are closed communities that shun contact with non-members. So it's difficult to determine the frequency of abuses such as marrying minors, marriages between close relatives or physical and sexual abuse. However, a wealth of anecdotal evidence suggests that these abuses often occur.

In addition to such traumatic abuses, people who have left (or, in their words, "escaped") polygamist families point out that the structure of such families crushes female independence. Husbands are absolute authorities, and wives and children are completely subservient to them. Because wives are so dependent on their husband and the other wives, they often lack the life skills to live on their own. This makes it especially difficult to leave. In addition, many polygamist wives were born and raised in polygamist families. They have been in the polygamist lifestyle from birth, so they have a hard time seeing a way out.