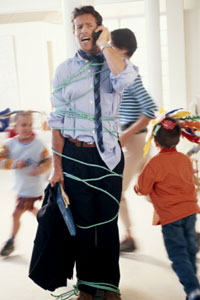 When parents are at their wits' end, dial up a parenting coach.
Britt Erlanson/Getty Images

Read a handful of media stories on parenting coaches, and a familiar narrative emerges. The coverage often kicks off with an anecdote about unruly children and their frazzled parents. In a 2008 Newsweek article, for example, a 5-year-old girl can't seem to get along with play dates, blowing her top if pint-sized companions don't fall in line with her dictatorial demands [source: Kuchment]. Similarly, the New York Times, in 2005, featured a pair of roughhousing brothers whose antics exhausted their mother to no end [source: Belluck]. After portraying the domestic environments run amok, reporters typically introduce a parenting coach who, after a series of consultations, helps resolve both child management issues and parental insecurity.

Parenting coaches are like niche cousins of life coaches, professional mentors who help clients puzzle out personal difficulties, such as maintaining work-life balance or forming healthier family habits. For a fee, parenting coaches, who often conduct their sessions over the phone, serve as support hotlines for moms and dads to strategize approaches to common challenges such as toilet training, attachment issues and general household supervision. Some coaching services involve in-home visits to observe parent-child interactions firsthand, whereas others restrict their outreach to the Internet, offering instant message chats with coaches and e-newsletters filled with tips and resources. Parenting coaches allow moms and dads to confer with third parties about childcare hiccups, without having to rely on friends and family, who might offer biased advice, or see a specialist, which generally comes with a higher price tag [source: Belluck]. Employing a parenting problem solver can also save time for moms and dads whose typically packed schedules leave little room for commuting to therapy appointments and sifting through self-help manuals.

Potential money and time savings aside, these dial-up mentors shouldn't be confused with licensed child or family therapists. Although some coaching organizations require employees to complete curriculum-based certification courses, there isn't an industry-wide standard when it comes to educational background or training for parenting coaches. Licensed therapists may refer clients to parenting coaches to work on non-clinical issues from time to time, but just as department store personal shoppers aren't fashion designers, coaches aren't mental health experts. That distinction is cause for concern among some child psychologists and professional therapists, because kids' behavioral problems -- which might stem from mental health problems -- are a primary reason parents turn to coaches for help [source: ParentingCoachTraining.com].

But before we explore whether such wariness is warranted, first let's cover the bases of how parenting coaches work. 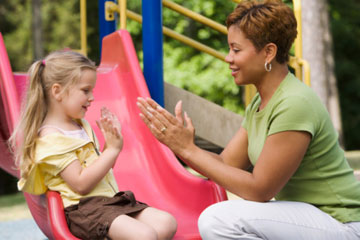 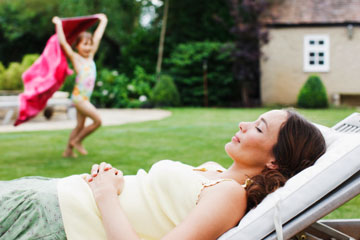 Since it's often referred to as the most difficult job in the world, is it really any wonder that parenting now comes with optional coaches-for-hire? Parenting coaches aren't to be confused with babysitters, nannies or child psychologists; they're paid mentors who cheer on moms and dads and, more often than not, simply reassure them that they aren't so terrible at raising kids after all.

A direct product of the time-strapped, stress-fueled environment of modern family life, parenting coaches pinpoint problems and troubleshoot solutions to parenting issues in order to save moms and dads the hassle of having to seek out therapy or read the library of parenting self-help books out there. At the same time, the existence of parenting coaches also points to the oversaturation of the 21st-century business of bringing up babies. So many models of and methods for ideal parenting exist, many parents are terrified they'll do something wrong and ruin their kids, necessitating a coach to guide them through the more challenging twists and turns. And while that kind of resource can be invaluable to frazzled moms and dads, it also provokes the question of when parenting turned into such an endurance sport.