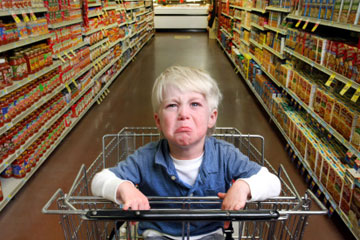 For a cringe-inducing glimpse into the bizarre extremes of human emotional behavior produced in the most primitive parts of the brain, look no farther than a toddler temper tantrum. Seemingly out of nowhere, 2-year-old tots splotch with anger, go rigid with rage and even launch themselves into walls, furniture and the floor [source: Potegal and Davidson]. Tantrums aren't quiet affairs, either; along with the physical histrionics come inconsolable sobs, screams and self-pitying whines -- made all the more excruciating for parents and caregivers when the meltdowns occur in public.

To moms and dads, temper tantrums can be an embarrassment, a supposedly poor reflection on their parenting skills, attracting accusations of spoiling and lack of discipline. But as you'll learn later in this article, exercising authority in the eye of those emotional storms may only exacerbate the unpleasantness and result in longer and more frequent fits [source: Kazdin]. In reality, temper tantrums are not-so-savory byproducts of kids being kids, and they're so common between the ages of 1 and 3 years old that the phase spawned a nickname: the "terrible twos."

What tantrum-addled parents might not realize is that it would be more of a statistical abnormality for their toddlers to not go on these tirades. Like knee-high Napoleons on the warpath, between 50 and 80 percent of 2- and 3-year-old boys and girls experience at least one temper tantrum per week, and 20 percent boil over every day [source: Cooke]. One study from the University of Minnesota calculated an even higher incidence rate, with 91 percent of children between 30 and 36 months old spiraling into tantrums on a weekly basis [source: Potegal and Davidson].

On the bright side, just like temper tantrums eventually blow over -- and often more quickly than expected -- so do those terrible twos. The unpredictable fits largely fade away by the time kids are 4 or 5 years old [source: Kaneshiro]. That said, extreme and persistent tantrums may indicate underlying behavioral issues or environmental stressors negatively affecting how a young child negotiates the world around him or her, and may require closer attention or clinical treatment. But in the case of a hungry half-pint who reaches a breaking point in the cereal aisle, the outburst is most likely to the result of a part of the brain going through a growth spurt. 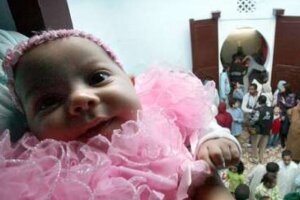