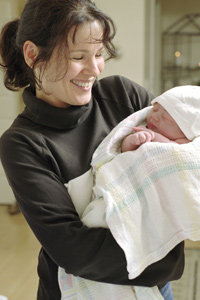 When it comes to giving birth, American women have a lot of options. There's water birth, in which women deliver the baby in a full tub, a method that is believed to be relaxing for both mom and newborn. There's hypnobirthing, a technique in which women practice self-hypnosis to control labor pains. Women can give birth in hospitals or birthing centers -- or in some states, at home. Women can schedule a cesarean section, or they can take Lamaze classes, named for the French doctor who developed the breathing-centered, pain-reduction technique. They can even pick the music that will be playing when their child enters the world. One choice that's becoming incredibly common in the United States, though, is employing a midwife to oversee labor and deliver the baby.

In other countries, midwives have always been the standard option; midwives attend about 75 percent of births worldwide [source: Encyclopedia Britannica]. In the U.S., however, women went through a routine of picking an obstetrician and taking a tour of the nearest hospital. Now, though, midwives are experiencing a resurgence, and in 2006, midwives presided at 7.4 percent of births in the United States, which represented a dramatic increase over previous years [source: Faulkner].

Why might you want a midwife to deliver your baby? Midwives look at childbirth as a natural thing that a woman's body instinctively knows how to do, and they claim that doctors look at childbirth as a medical procedure. Many women apparently share that point of view, as natural childbirth has become a goal for many pregnant women in recent decades. A natural childbirth is one that aims to use as few interventions as possible, which means no epidurals, no forceps, no episiotomies and no C-sections. And studies have shown that using a midwife tends to result in decreased use of such interventions. Notably, a 1997 study revealed that women who used a midwife had an 8.8 percent C-section rate, while women who used a physician had a 13.6 percent Cesarean section rate [source: Lewin]. Cesareans require a longer recovery time for a new mother, and many critics believe that lowering the C-section rate would improve the rate of maternal mortality in the United States.

If midwives can pull of these types of birthing statistics, then why did they ever fall out of favor in the U.S.? And how have they made their comeback? We'll explore the history of midwifery on the next page. 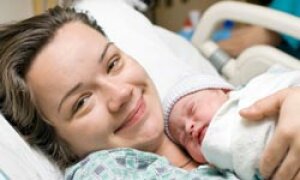 10 Things No One Tells You About Labor 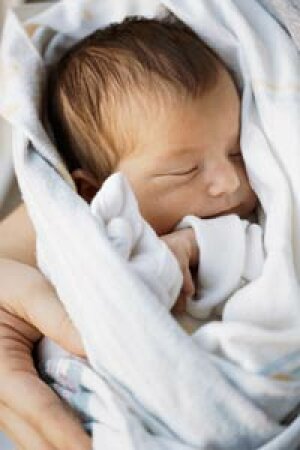