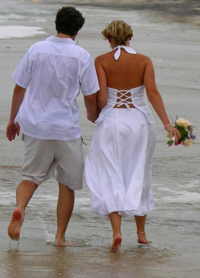 The attachment, or commitment, stage is love for the duration. You've passed fantasy love and are entering into real love. This stage of love has to be strong enough to withstand many problems and distractions. Studies by University of Minnesota researcher Ellen Berscheid and others have shown that the more we idealize the one we love, the stronger the relationship during the attachment stage.

Psychologists at the University of Texas in Austin have come to the same conclusion. They found that idealization appears to keep people together and keep them happier in marriage. "Usually, this is a matter of one person putting a good spin on the partner, seeing the partner as more responsive than he or she really is," says Ted Huston, the study's lead investigator. "People who do that tend to stay in relationships longer than those who can't or don't."

Playing a key role in this stage are oxytocin, vasopressin and endorphins, which are released when having sex (more on this later).

Let's find out more about the chemistry of love.