The Ambush and Death of Gangster John Dillinger

by Oisin Curran Aug 21, 2019
John Dillinger and his gang were responsible for 10 deaths, three jail breaks and more than 20 bank robberies before he was finally gunned down by law enforcement on July 22, 1934, just two months after Bonnie and Clyde were ambushed and killed by law enforcement in Louisiana. Wikimedia Commons/HowStuffWorks

They had John Dillinger behind bars in the Lake County jail in Crown Point, Indiana. His jailers boasted that their facility was escape-proof. But Dillinger hadn't become a successful criminal by accident. Ruthless, ingenious and hard-boiled, he whiled away his time carving a piece of wood into a replica of a small handgun and painting it with shoe polish.

Unbelievably, he was able to use the fake gun to trick his captors and managed to escape. By the time he was done, Dillinger's gang was responsible for 10 deaths, three jail breaks and more than 20 bank robberies. He became America's first true celebrity criminal and was named the country's Public Enemy No. 1.

Dillinger liked fast cars a lot. He stole or bought them at regular intervals and used them to outrun the cops in their four-cylinder rattletraps. There's some evidence that he even penned a letter of appreciation to Henry Ford for building such fast machines. Roaring across state borders, he covered vast territories and left local law enforcement in the dust.

In an interview, Dary Matera, the author of "John Dillinger: The Life and Death of America's First Celebrity Criminal" says that at the time, J. Edgar Hoover was trying to convince the government to give him the money to turn the Bureau of Investigation into a truly effective national police force. He used Dillinger's interstate outrages to point out the need and his campaign worked. Hoover's first order of business was to deal with Dillinger. But how?

He caught a break when a woman named Ana Cumpanas contacted the Bureau. Cumpanas was Romanian immigrant who ran a brothel in Gary, Indiana. One of the prostitutes who worked for her was dating Dillinger. Threatened with deportation, Cumpanas wanted to cut a deal with the FBI. She would tell them where Dillinger was if they would make sure she wasn't sent back to Romania. The FBI agreed to help her as best they could and Cumpanas decided to work with them.

On July 22, 1934, FBI agents staked out the Biograph Theater in Chicago. According to Matera, most FBI agents were "pencil pushers, or, as I like to call them, Hoover's army of geeks. They couldn't shoot, so Hoover hired a couple of military assassins." Together, says Matera, the geeks and the assassins loitered outside the theater until the show was over and Dillinger emerged. He'd recently had plastic surgery and believed himself so unrecognizable he could wander the streets with impunity. But he'd also been in and out of prison for much of his life and it took him no time at all to clock the law.

He headed into an alley to evade them and, according to the FBI agents, drew a weapon as he ran. One of the geeks fired wildly and hit two women in the crowd that was emerging from the movie theater. "The assassins got Dillinger in their sights. The bullet that killed him entered the back of his neck and exited under his right eye," Matera says. It was "an execution shot. They'd been sent there with orders to kill Dillinger and that's what they did. Hoover had no intention of putting him on trial."

The crowd was in a celebratory mood outside Chicago's Biograph Theater on the night John Dillinger was killed there by police.
Wikimedia Commons

One reason for this, Matera believes, is that a trial could have been very messy. Not only was Dillinger an admired folk hero by the time he died, he might also have had information that some powerful people didn't want to emerge. There were undoubtedly policemen and politicians he'd bribed, not to mention bank officials who might have hired him. One widely believed rumor, says Matera, is that in some cases bank officials would hire Dillinger to rob their banks. He might steal $10,000, but they would claim he'd taken $50,000 and keep the difference when their insurance claim came through.

One way or another, says Matera, it really was Dillinger they got. As with many celebrity deaths, rumors persist that the man they killed that night was actually a double. But, Matera says, doubles never run. They don't want to get shot. Also, he points out, Dillinger was enamored of his celebrity. "He couldn't live without his fame. If he'd truly survived, he would have resurfaced somewhere in Mexico and thumbed his nose at the FBI."

That said, two of Dillingers descendants claim that they doubt it's really his body that's buried under his headstone. In September 2019 they plan to disinter the corpse and use DNA to determine its true identity.

As far as Matera is concerned, "It's just a publicity stunt."

NOW THAT'S INTERESTING
Despite her collaboration with Hoover's FBI, Ana Cumpanas was deported anyway. As for Hoover, he might have forgotten to help out his key informant, but he never forgot the man he used to build the FBI. A death mask was made of Dillinger's face and, according to Matera, it hung outside Hoover's office, not unlike a hunting trophy, for the rest of his very long career. Dillinger's brain, however, has gone missing.

A Growing Number of Doctors Take Only Cash, Not Insurance 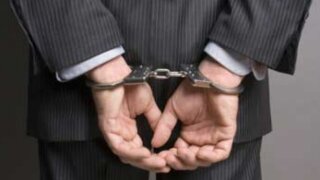 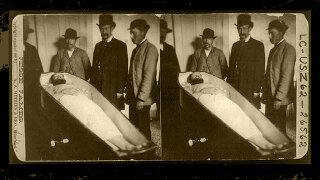 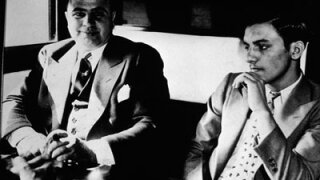 Why was tax evasion the only thing pinned on Al Capone?