If you love the performing arts, New York City is the place to be. But when you start to look up venues in the Big Apple, you might notice that there's something odd about their names. Right now, Tony-winning musical "Hamilton" is playing on West 46th Street at the Richard Rodgers Theatre. Fifty years ago, Lafayette Street saw the premiere of "Hair" at an iconic establishment called The Public Theater.

So why the inconsistent spelling? Should newspaper critics be waxing poetic about the theatre or the theater? And do those two variants actually mean different things?

The differences stem from one man's campaign to "Americanize" the English language. His name was Noah Webster. Born in Connecticut on Oct. 16, 1758, Webster wore many hats over the course of his life. When the Revolutionary War began in 1775, he was a student at Yale. By the time the war ended in 1783, he had served with a patriot militia, graduated from college, worked a couple of teaching jobs and been admitted to the bar as a lawyer.

From there, Webster's resume expanded still further. In the post-war years, he became a prominent critic of the woefully inadequate Articles of Confederation. Improvements that he suggested made their way to George Washington and James Madison. Not coincidentally, our current U.S. Constitution echoes some of these proposals. He also helped found Amherst College in Massachusetts in 1821, as well as a Connecticut-based antislavery society.

But today, Webster is remembered first and foremost as a language pioneer. He strongly believed that the textbooks used in American classrooms at the time should reflect the young nation's emerging cultural identity. Alas, to his chagrin, most teachers were still relying on British publications.

So, in the early 1780s, he wrote a radical text called The American Spelling Book. Also known as The Blue-Backed Speller, it was a huge success that had sold 100 million copies by 1883 and remains in print. The popular book helped educators standardize American English for the first time. To build on this progress, Webster immersed himself in an even more ambitious undertaking.

In 1828, he published a 70,000-word dictionary. Titled An American Dictionary of the English Language, it was the culmination of more than 30 years of intense research. The finished product also looked very different from its British counterparts. Why? Joshua Kendall, who wrote the definitive Noah Webster biography in 2010, says that the man's dictionary was conceived with a lofty goal in mind. "Noah Webster's lifelong obsession was Americanizing the English that his fellow Americans spoke," Kendall told us in an email. To this end, Webster decided to eschew the way in which many words had traditionally been spelled.

Kendall says that Webster's dictionary did away with "Britishisms." For example, across the pond, English speakers spelled the word "colour" with a "u." Webster got rid of the superfluous vowel and simply spelled it "color" instead. Tweaks like that helped make certain words more pronounceable for new readers. Thanks to Webster's influential dictionary, Americans now write "plow" instead of "plough" and "honor" in place of "honour."

Not all of his reforms caught on, though. Webster did try to convince his countrymen that "tongue" and "women" should be spelled "tung" and "wimmen." Still, there's no denying that An American Dictionary of the English Language was a watershed document in U.S. history.

This brings us to the theatre/theater issue. Before Webster came along, "theatre" was the only acceptable spelling. But his dictionary swapped out the "re" suffix with an "er," which has an easier time rolling off the tongue. Like many of his other phonetic spellings, Webster's take on the word better reflected the way Americans said it aloud in real life. (Nobody says "thea-truh," you know.)

There's no modern consensus on how this word ought to be spelled. However, some people will tell you that "theatre" and "theater" now have two different definitions. According to this school of thought, "theater" pertains to the physical buildings where shows are staged. On the other hand, "theatre" allegedly refers to the art form itself. Therefore, you can go to a theater to enjoy some theatre. Or put another way, your local production of "The Tempest" is theatre, but the venue in which you're supposed to watch that show is a theater.

Where does this leave acting troupes and other organizations that produce plays? These tend to use the former spelling, giving themselves names like "Germantown Community Theatre" or "The East End Theatre Company."

If you're confused, don't worry; not everybody subscribes to the two-definition idea. Whether you say theatre or theater is really a matter of personal preference. Just remember that, as the Bard once told us, all the world's a stage.

Now That's Interesting
Noah Webster also founded New York City's first daily newspaper. Dubbed The American Minerva, this was a partisan enterprise that almost always threw its support behind the Federalist Party of John Adams and Alexander Hamilton. It printed just 744 issues, the first of which was published on Dec. 9, 1793.

Why Throw Out Packaging When You Could Just Eat It?

Neighbor-spoofing Robocalls Are the New Nuisance 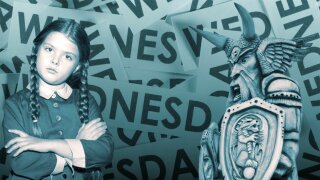 Why 'Wednesday' Isn't Pronounced the Way It's Spelled 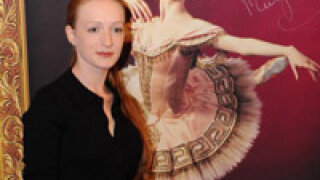 How the American Ballet Theatre Works