When does a habit become a tradition? 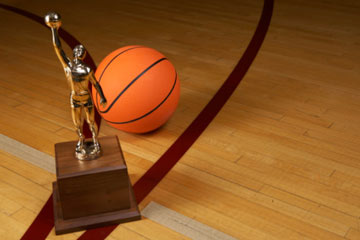 For some, the habit of practice can lead to the tradition of winning. See more pictures of basketball.
Thomas Northcut/Thinkstock

When the 1993 Chicago Bulls found themselves down by two points to the Phoenix Suns in the waning seconds of Game 6 of the NBA Finals, the ball was put in the hands of an unlikely hero, rather than star Michael Jordan. Guard John Paxson calmly hit a 3-pointer that earned Chicago the championship. Asked later about his clutch shot, Paxson simply said, "I've done it hundreds of thousands of times in my driveway. It's what I've practiced." The habit became instinct for Paxson and, as a result, the Bulls began to make a tradition of winning the big game [source: Winderman].

Habit and tradition share a common characteristic: Both involve repetitive actions that a person feels compelled to take, whether it's a conscious decision or not. But there's also a decided difference between the two. For instance, you may feel compelled to pick your nose while sitting in your car at a red light -- something we can all agree would fall under the category of "nasty habit" -- but you probably wouldn't call it a tradition. Let's hope not, anyway [source: Longman].

So, where does the distinction between a habit and a tradition lie? To answer that question you have to examine who is taking the action, what they're motivated by and the period of time over which the action is repeated [source: Longman]. The "who" part is easy. A habit applies to an individual or small group, while a tradition typically applies to a larger body of people. The word "family," for example, is often pared with "tradition," but family and habit are not linked together in common language [source: Longman]. A habit begins the process of evolving into a tradition when it extends beyond the individual and affects an expanding group. But that's only part of the change that must take place.

What You Need to Build a Tradition

Paxson made a habit of shooting jump shots in his driveway as a kid. His habit -- practicing -- made him better at the game of basketball. But no matter how many times the ball swooshed through the hoop, he wasn't taking part in a tradition. First he needed to link that skill to a unit, a team, and then shoot the shot with a particular motivation -- to honor, commemorate or extend the legacy of a squad that had won the NBA Championship the preceding two years.

Motivation is a core component of tradition. The repeated actions of a group of people don't rise to the level of tradition without having an element of honor, respect or at least acknowledgement of the past [source: Becker].

Once a habit has grown beyond an individual to a group and has been repeated with the intention of commemorating something or someone, it needs just one other component to become a full-fledged tradition -- time [source: Longman].

Understand that this is not a hard science -- the exact amount of time that must pass is open for debate -- but traditions (think carving the Thanksgiving Day turkey or coloring eggs on Easter) are often measured in years, not days or weeks. In fact, if you consider one of the formal definitions of tradition from Merriam-Webster Dictionary, you could make a strong case that it takes a significant number of years before an activity can rightfully be called a tradition.

Merriam-Webster notes that it must be handed down "from one generation to another" to be defined as such. Another definition of tradition from Merriam-Webster, however, simply says the activity must be part of an "established or customary pattern" which could, conceivably, be a much shorter amount of time [source: Merriam-Webster].

Habits can, certainly, turn into traditions but not until they broaden in their scope of participants, deepen in terms of their motivations and stand up to the test of time.

How to Tell Someone They Talk Too Much
Do people really scatter loved ones' ashes in amusement parks?
Why is it bad luck to spill salt?