Is it rude to wear a hat indoors? 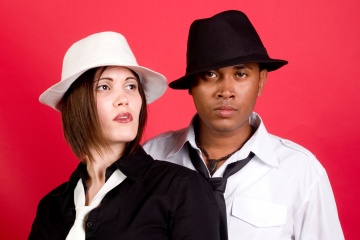 Men are often told it's rude to wear their hat indoors, but where did this rule come from? And does it ever apply to women too?
Audrey Roorda/Thinkstock

Bad news for the boys, however. Long ago and far away, there was a really decent reason that men were asked to doff their caps. Knights, you see, would be considered unfriendly or aggressive if they didn't show their smiling face to the public. In order to give everyone a good look at their toothy, hero grins they'd have to lift up their visors [source: Emily Post]. And while this is a quite reasonable reason for the origin of the hat-doff, any 15-year-old boy could tell this is an utter nonsense excuse for asking him to take off his hat today.

So that goes a little way towards answering why hats are so inherently rude. And unfortunately for high school boys everywhere, we're not here today to decide if the rule should be abolished. Because the truth is, the rules are pretty clear: Gentlemen are not to wear hats indoors. Pretty much ... ever. The exception might be something like the elevator or the lobby of a building [source: Miss Manners]. I'm just going to go ahead and boldly add my own exemptions, which are indoor sporting stadiums because it just doesn't seem right to have to take off your hat at the monster truck rally.

Now here's the thing. We've talked glibly about hats like they're just in the male domain. But ladies wear hats too, and they are given insanely lenient rules compared to men. Basically, women are allowed to wear hats indoors, outdoors -- wherever you please, unless it's rudely blocking the view of someone else [source: Emily Post].

But here's the catch. That in no way means that ladies get to wear their Red Sox caps to church. Because this rule only applies to "fashion hats" and not hats that could be considered unisex or too casual.