Browse the article Why Is the Iowa Caucus So Important? 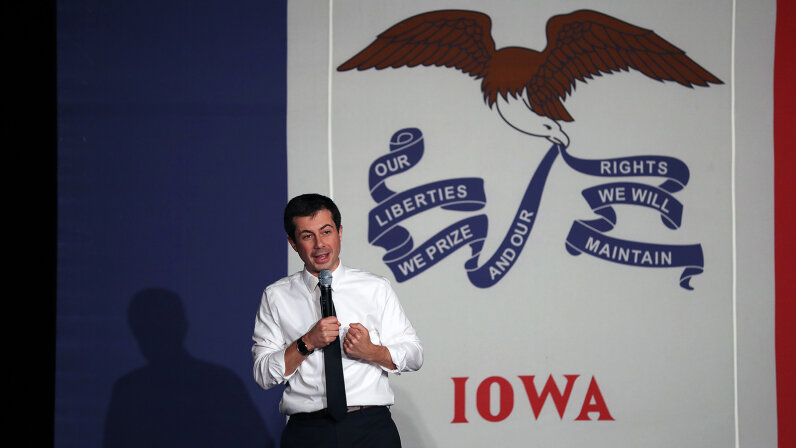 During the fall and early winter of every fourth year, the United States turns its full attention to the state of Iowa. The Des Moines Register has the kind of political clout you normally expect from The Washington Post or The New York Times when its editorial board announces which presidential candidate the paper is officially endorsing.

Average Joes and Janes talk to out-of-town national correspondents over coffee and pie in the local diners about issues most important to them. And almost every candidate in the U.S. presidential race practically moves to the state to spend months campaigning throughout Iowa.

But why? What makes Iowa's caucus so important? After all, Iowa is just an otherwise quiet, largely agricultural state. And Iowa doesn't necessarily represent a diverse cross-section of America (the state's population is more than 90 percent white).

One reason Iowa draws so much attention in a presidential campaign year is because the Iowa caucus is unlike any other.

The Democratic and GOP caucus systems in Iowa are different. In the Democratic caucus system, registered voters don't just go to their designated polling place and, well, vote. Instead, they attend public meetings, usually held in school gyms, churches and public libraries, and even restaurants and fire stations, to choose their presidential nominee by standing in a section of the room devoted to their candidate. If a preference group doesn't get enough people to be considered "viable," (usually 15 percent of attendees), caucus-goers can join another group, or try to convince people to join their group, in order to reach the 15 percent goal. Delegates are awarded to the final viable preference groups based on their sizes.

For the 2020 Iowa caucus, the Iowa Democratic Party (IDP) made the most historic changes to the process since it was first established in 1972. For the first time, registered Iowa Democrats will be able to participate through six "virtual caucuses" via phone or smart device. They will rank up to five choices for president and the total result of the six virtual caucuses will account for 10 percent of Iowa's caucus delegates.

"The Iowa Democratic Party has always sought ways to improve our caucus process, and today, we are setting the stage for the 2020 Iowa caucuses to be the most accessible, transparent, and successful caucuses in our party’s history," Iowa Democratic Party Chair Troy Price said in a press statement. "While we will always continue to improve the caucus process, I am confident that with these historic changes, we are giving more Iowans a way to participate in the caucuses, we are increasing transparency and trust, and we are streamlining our process."

The GOP caucus process in Iowa is much simpler. Caucus-goers simply cast a vote for their candidate for president and the delegates are divide proportionally at the Republican National Convention.

But Iowa isn't the only state to hold a caucus to select its party's nominees for president of the United States. Nine other states and three U.S. territories will also choose the presidential nominee via caucus in 2020. The remaining states and territories will hold primary elections to choose their Democratic nominee, which they will present at the political national conventions.

Yet the votes cast by the residents who turn out for the Iowa caucus are so highly coveted that news agencies and political organizations take frequent polls to find out what the Iowans are thinking.

Why Is Iowa So Important?

So again, what makes Iowa so important? The simplest answer may be that Iowa is the first state in the nation to show its support for candidates. Sen. George McGovern, the Democratic contender in the 1972 election, explained the significance of Iowa like this: "Iowa is terribly important. It's the first test in the nation, where we get any test at all."

The results in Iowa can also tell a candidate how their platform is resonating with voters. The early timing gives candidates time to make adjustments to their campaign messaging should the response from voters signal they need to. A very poor showing in Iowa might force some candidates to bow out of the race.

A strong showing in Iowa also sends a message to the national party leaders. Each party seeks a strong contender for the White House, and a good response from Iowans helps cement a candidate's chances to win the national nomination. Being first in the nation certainly is important. But Iowa wasn't always first, and the votes cast by its residents in the caucus weren't always so important.

In 1972, the Democratic Party changed its scheduling, and Iowa became the first state to hold its caucus. The resulting attention for the Democrats was great enough that the Republican Party also made Iowa first in the 1976 election, and since then, Iowa's importance has grown each election cycle.

But to say that the importance of the Iowa caucus is entirely due to its status as first in the nation would be a mistake. Political analysts point to another factor that bolsters Iowa every four years. Read about that on the next page.­ 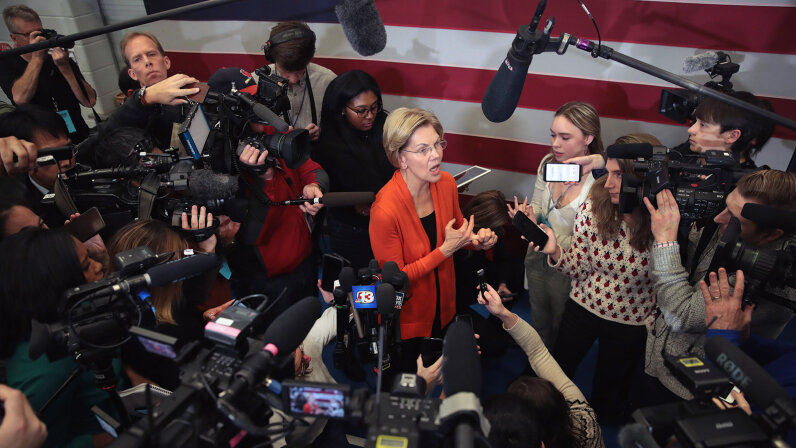 New Hampshire has a state law that says it must be the first state to hold a primary in a presidential election. But because Iowa holds a caucus rather than a primary, it has remained the first state to hold any kind of vote on candidates for both parties since 1976. As such, Iowa has been consistently important in presidential campaigns since the 1970s. Many point to the media as the true creator of the prominent political role that Iowa enjoys.

It began with George McGovern. His better-than-expected showing at the 1972 Iowa caucus gave his campaign a shot in the arm and caught the attention of the media.

Just four years later during the 1976 presidential race, Democratic candidate Jimmy Carter spent a year conducting a grassroots campaign in the state, and was rewarded with a huge victory in the caucus. Since then, candidates have spent an inordinate amount of time canvassing in Iowa in order to bolster support.

And where the candidates go, so does the press.

Johan Bergenas, senior director of public policy at Vulcan Inc., argued while he was a political science student at the University of Iowa that the media's presence is what lends such weight to the Iowa caucus. The media "pin both expectations and labels on candidates, such as 'dark-horse' or 'long-shot,' in the search for news," Bergenas says. "If the candidate does not fulfill expectations or cannot carry the label, he or she might not be portrayed as viable by the media."

For instance, if a candidate is expected to do poorly but makes a surprisingly good showing at the Iowa caucus — even if they didn't place first — they can receive a tremendous amount of good press. That positive coverage could boost their bid for the candidacy, and might even send them into the top position.

However, a candidate who is expected to do well in Iowa, and doesn't, could get so much negative press they may decide to drop out of the race.

But does Iowa deserve the power that it yields? Some observers scoff at the importance placed on a state with so few people, but time and again, the impact Iowa's caucus has on elections is undeniable.

As long as Iowa is able to hang onto its status as first in the nation, it appears that it will keep its prominent place in the nation's political climate.