The Science of Flirting 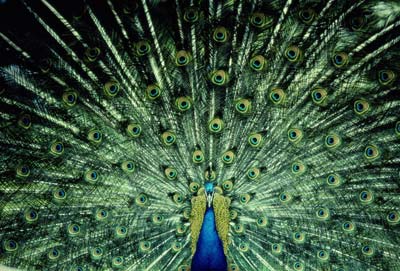 There's a lot going on under the surface when we flirt. Yes, we're sending the message that we're interested, but why do those specific gestures say "I'm interested in you," and what do they really say about us? According to scientists, it all comes down to our inherent desire to reproduce. When we flirt, we're giving off information about how fit we are to procreate as well as our health. There are also specific aspects of our appearance that make us more attractive to others.

Some of the "female" signs of flirting, such as angling her body and sticking out her hips, are attempts to draw attention to her pelvis and its suitability for carrying a child. In addition, men tend to be more attracted to women with a certain hip-to-waist ratio (specifically, the waist must be no more than 60 to 80 percent of the hip circumference) [source: Psychology Today]. This is also an indication of fertility.

When a man makes intense eye contact and smiles often, he attempts to show that he is both virile and dependable. Women are attracted to prominent, square jaws, which are indicative of a man's power a­nd strength. Scientists point out that features like square jaws in human males have a connection to prominent features in the animal kingdom. Male peacocks attract females with their elaborate plumage, male cardinals are bright red and stags have large horns. Because these features require additional biological resources and also tend to make these animals more visible to their predators, an impressive display shows that these animals are strong.

When we're flirting with someone who fits the bill for us, the limbic system takes over (the same system responsible for our flight-or-fight response). We operate on emotion and instinct. If we only governed flirting with the most rational part of our brains, we might not ever flirt -- or get a date -- at all. In fact, according to biologist Dr. Antonio Damasio, there's a connection between brain damage and flirting. He states that "people with damage to the connection between their limbic structures and the higher brain are smart and rational -- but unable to make decisions" [source: Psychology Today].

Still, we're not just animalistic in our flirting behavior. The ability to carry a conversation and engage in the joking back-and-forth of flirting also indicates our intelligence, which is always attractive. In the next section, we'll look at how flirting has changed over the years and how technology has led to new ways of flirting.

Although there are some basic flirting gestures, sometimes the timing is different in other countries. For example, in Germany, flirting is much more subtle on the part of both women and men. German women find American men far too forward. German men misunderstood the intentions of American women -- they think they're being flirted with when they're not.