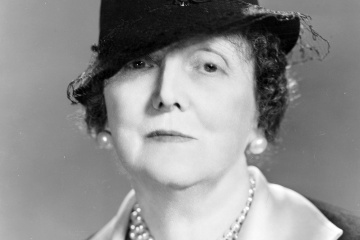 Just because it was the Roaring 20s didn't mean Americans weren't hungry for advice on how to navigate high society.
PhotoQuest/Getty Images

It wasn't called the "Roaring '20s" for nothing. During the 1920s in the United States, people were still emotionally recovering from the Great War, but thanks to an economic boom, many chose to drown their sorrows in frivolity. Despite Prohibition, which banned the sale of alcohol, the booze business was booming thanks to powerful criminal syndicates. The prevailing mood of the time was of flouting the law and chucking stuffy tradition in favor of looser morals. So how, in 1922, did a middle-aged, upper-class woman captivate thousands of readers with her encyclopedia on etiquette?

Etiquette books had nearly always been popular in the United States. A young country filled with people of mixed ethnic heritage and lacking an aristocracy, the U.S. also lacked cohesive rules for expected behavior. Not to mention, the nouveau riche needed to learn how to behave among the privileged class. Most of these etiquette books, however, had an air of pretension that didn't sit well with the aspiring middle class. The worst sin, according to the writers, was to embarrass oneself by not knowing the rules.

Emily Post's book stood apart from the other etiquette guides because of its emphasis on ethics. According to Post, money doesn't guarantee respectability if your behavior isn't grounded in ethics. On the other hand, a lack of money will not keep you from "good society," as long as you know how to behave. In the first chapter of her famous book, "Etiquette: In Society, in Politics, in Business and at Home," Post wrote, "Etiquette must, if it is to be of more than trifling use, include ethics as well as manners." This philosophy resonated with a public disdainful of phoniness and pretension.

Though much of her particular advice is now obsolete — how many of us have to worry about butlers and ladies' maids? — this guiding philosophy is still relevant. Indeed, Post's descendants have recognized the prevailing need for etiquette guidance and continue to help people navigate a changing world through good manners.

Although she knew and respected the old traditions, Post also understood and embraced modern societal change. This balanced mentality perfectly positioned her as the queen of etiquette. Despite being born into privilege, Post didn't exactly have an easy life. She endured a messy, public divorce and, later, the death of her adult son. We'll first examine her life and then delve into what made her famous.