by Christopher Hassiotis Sep 22, 2017
Words we think sound funny, or that we don't even recognize at all today, once had serious power to offend. Print Collector/Getty Images

The current back-and-forth of insults between U.S. and North Korean heads of state Donald Trump and Kim Jong-un have been public, prominent and colorful. After President Trump referred to Kim as "Rocket Man" during a speech at the United Nations, the North Korean supreme leader issued a statement referring to Trump as a "mentally deranged U.S. dotard." According to reports, North Korea's communications team has been known to use out-of-date English-Korean dictionaries for translation. (So maybe there's something to the 45th American president's claims that he has the best words.)

Whether the nations' leaders plan to follow up their verbal sparring with actual military force, or whether they're just having a little schoolyard fun at the expense of the rest of the world's already-frazzled nerves remains to be seen. But if nothing else comes of this latest incident, at least the word "dotard" is having a moment. Here's what it means, as well as a few more insulting terms that've gone the way of the dodo, but that we're hoping at some point will enjoy their own renaissance.

So Kim Jong-un called Donald Trump a dotard. What is that, exactly? The term goes back to the 1300s, and means someone who's in his or her dotage — which, according to the Merriam-Webster dictionary, is "a state or period of senile decay marked by decline of mental poise and alertness." In recent years, dotard has primarily showed up in writing about the arts.

Ever met someone who sticks to their ways despite being shown better or more correct approaches? Perhaps you've got that relative who just prefers not to use smartphone shortcuts, or hotkey combinations on their laptop. Congrats, you're related to a mumpsimus! Merriam-Webster suggests the etymology of mumpsimus goes back to an illiterate priest who mistakenly used the term in place of the Latin word sumpsimus ("we have taken") during a Mass ritual, but refused to correct himself even after the error was pointed out.

Everyone's got that pedantic friend who only interrupts or chimes in to correct another person. You may call them nitpicky know-it-alls who live to contradict with an irritating "well, technically," or just plain old mansplainers, but why not call them a snoutband? That's what the forgotten Old English insult means.

The medlar Mespilus germanica isn't all that common these days, but its fruit gave name to an insult in Victorian, Elizabethan and earlier times.
Photos Lamontagne/Getty Images

The medlar is a type of hard-skinned fruit with a gaping-open apex, and the only time it's soft enough to eat is when it's on the verge of going bad — so it was often associated with rottenness, and showed up in insulting references to prostitution, genitals and rear ends. In post-Renaissance England, medlars were often called "open-arses" due to their appearance, making for plenty of wordplay and insult potential in poems and plays. Shakespeare in particular enjoyed the medlar, using the word as a pun on "meddler" in "Timon of Athens," and for some of Mercutio's teasing of Romeo in "Romeo and Juliet." Jokes about medlars appeared even earlier than that, though, popping up in Chaucer's "The Canterbury Tales" in the late 14th century.

What to call someone who, shrewd and cunning as they may be, seems to be motivated by no principles whatsoever? Especially if that someone is in politics? "Snollygoster" is the term you're looking for. Popularized in the 1890s by the Georgia politician Col. H. J. W. Ham, the term goes back at least a half-decade more than that. An 1895 Ohio newspaper defined it thusly: "A snollygoster is a fellow who wants office, regardless of party, platform or principles, and who, whenever he wins, gets there by the sheer force of monumental talknophical assumnancy." Snollygoster disappeared for much of the 20th century, but enjoyed a brief resurgence during President Harry S. Truman's 1952 reelection campaign when he used the term in reference to other candidates.

In the 21st century, we still say that someone's as dumb as a bag of rocks, or call them a sack of... well, something not so nice. One similar insult that's faded over the ages, though, is calling someone a sack of wine. This one comes courtesy of epic poet Homer and "The Iliad." At one point during the saga, the goddess Athena intervenes when the protagonist Achilles comes close to attacking the character Agamemnon. Achilles stays his hand, but vents his frustration at Agamemnon after Athena disappears, calling him a "sack of wine" and following that up with the sick burn that he has the heart of an antelope. That former detail showed up in the 2004 film "Troy," with Brad Pitt playing Achilles:

Want to insult someone's cooking? Call that plate in front of you a slumgullion. The word's gone through some changes over its lifespan, but today means an unappetizing or cheaply made stew. In 1851's "Moby-Dick," Herman Melville used the phrase "slobgollion" to refer to the waste from processing whale carcasses, and the word "slumgullion" shows up that same decade in miners' diaries describing a slurry leftover from mining gold. In 1872, when Mark Twain used the word in "Roughing It," his semi-autobiographical book about travels in the Wild West to refer to a disgusting beverage, and within two decades it was used to refer to muddy-looking stews.

Now That's Interesting
According to the Associated Press, the Korean word that Kim Jong-un used to insult Donald Trump was neukdari. It's a derogatory term for a lazy or useless older person, and in the context it was used could be alternately interpreted as "crazy beast lunatic."

Can I Pass a Drug Test With Someone Else's Urine?

Extraordinary, Eccentric and Eerie: Our Best Stories You Might Have Missed This Week 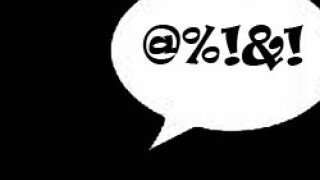 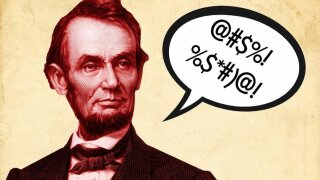 Honesty and Profanity Are Surprising Bedfellows 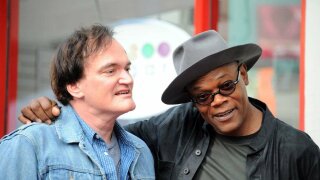