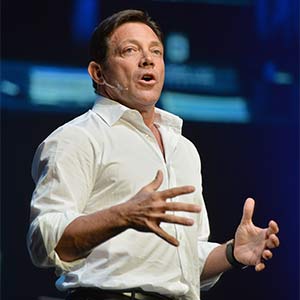 Jordan Belfort went to prison for stock market fraud but later wrote a memoir that was adapted into the movie "The Wolf of Wall Street." Today he is a motivational speaker.
Max Zorin/FilmMagic/Getty Images

Unless you live totally off the grid, it's tough to avoid the wall-to-wall media coverage of extreme criminal behavior. News outlets race each other for dirty details following a tragedy or scandal, filling their websites or broadcast hours with stories about the evidence found, motives of the criminal and replays of what happened at the crime scene. They also interview the grieving survivors, relatives of the dead and experts on criminal behavior. This can go on for days or weeks. And depending on the circumstances, there can be further wall-to-wall coverage when the jury trial begins for the accused months or years later.

It doesn't end there either. Sometimes the perpetrators release memoirs detailing past crimes that they may or may not have even been busted for. Or they might even get a reality show or movie out of the situation.

Jordan Belfort, who was notoriously immortalized in the film "The Wolf of Wall Street," bounced from 22 months in prison to the red carpet after he sold the rights to his story, which vividly recounted his many crimes, including securities fraud, solicitation of prostitutes and rampant drug use. Belfort was criticized for pocketing at least $1 million for the screen rights when he still owed about $100 million to victims of his financial schemes [source: Child]. Jodi Arias was convicted of killing her lover in the shower and sentenced to life in prison without possibility of parole in 2015. Ever since news of her 2008 crime broke she has enjoyed extensive media coverage and was the sex-kitten subject of the 2013 Lifetime made-for- television movie, "Jodi Arias: Dirty Little Secret" [source: Kiefer].

People probably aren't motivated to pursue a life of crime in hopes of getting a book deal or a C-level movie. Rather, glorification of criminal behavior is often criticized for making crime seem sexy and giving would-be criminals someone to idolize, or even emulate. So, do these critics have a leg to stand on? 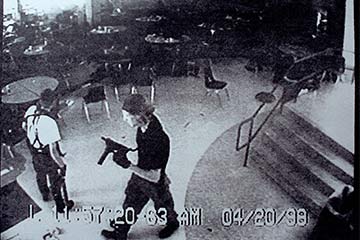 Since copycat crimes are committed by a tiny percent of the population, it's obvious that not everyone is susceptible, with certain personality profiles more likely to engage in such attention and/or money-getting behavior. "We're talking about people who have been marginalized by society, rejected by their peers and haven't seen any legitimate pathway to be successful," explains Kathryn Seifert, Ph.D., a psychologist who runs three public mental health clinics. "When we have a highly publicized event in newspapers and on the TV, we will see these copycat activities because it gives them ideas about pathways that they might take in order to achieve their goals." Goals vary by criminal, but Dr. Seifert further explains that many copycats long to be recognized for their acts and "belong" to a group, even if they're keeping company with others who've committed heinous crimes.

Some experts think the solution is for the media to tone down coverage, and only report the bare-bones facts, similar to how teen suicides are now handled versus in the 1980s. "You might not have noticed, but the mass media rarely reports on suicides, particularly teen suicides," sociologist Zeynep Tufecki explained in a 2012 article in the Atlantic. "When it does, the coverage is careful, understated, and dampened. This is no accident: Following guidelines endorsed by the Centers for Disease Control and National Institutes of Mental Health, the media carefully and voluntarily avoids sensationalizing such deaths especially among teenagers." Although teen suicide continues to be a serious concern, the rate in 2013 was 8.3 teens per 100,000, versus 11.1 per 100,000 in 1988. However, this is an increase from a low of 6.7 per 100,000 in 2007 [source: Child Trends Data Bank].

Tufecki advocated similar restraint for reporting on mass shootings. For example, she recommended that police and media withhold the identity of perpetrator(s), to minimize the "idol" effect, as well as the strategies and equipment used to carry out the crime. After all, how can someone become a copycat if they lack the information or "inspiration" to mimic the crime? She even said media should not interview grieving family members and survivors to "reduce the sense of spectacle and trauma" [source: Tufecki].

Would this strategy really work? The public has a right to know what's going on in the world, and post-tragedy criticisms have actually helped to effect pretty powerful change. Airlines made major overhauls in security and other protocol following the Sept. 11 terror attacks, and mental health reform became a serious issue in Virginia following a shooting spree in which a Virginia Tech student killed 32 people and himself [sources: Taylor, Farhi].

Figuring out how to eliminate criminal instincts is an age-old, probably unanswerable question, but experts hope to encourage more to take alternate paths. "If we find ways to help people be contributing parts of society, we take away their incentive to become rich and famous in the wrong ways," says Seifert. "We can either ignore the problem and let people continue to do awful things, or we as a society can jump in and help these young people take a different path."

Laws began popping up all over the place in 1977 designed to keep criminals from profiting off their crimes. Dubbed "Son of Sam" laws, their intent is to keep the bad guys from selling rights to their stories from behind bars, which would be a major slap in the faces of victims and their families. Such laws have been criticized, even overturned over the years because they allegedly violate First Amendment rights [source: Hyman].

Sadly, we live in a world where bad behavior and poor choices are often rewarded, even lauded. The need for early intervention for people at risk of embracing crime is desperate and necessary. So, when will the system catch up with the undeniable truth?