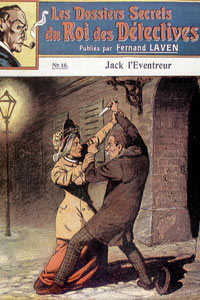 The term copycat effect was coined after intense coverage of the Jack the Ripper murders spawned similar killings.
Apic/Getty Images

Every murder is a tragedy, but spree, serial and mass murders are considered particularly reprehensible. For one thing, these murders lack a clear motive; with most murders, the rationale is a desire for retribution or financial gain. This generally isn't the case when a person kills someone they don’t even know, but it’s only human to attempt to understand or label violent acts and the people who commit them.

So are murderers mentally ill? Not necessarily. In fact, many killers don't meet the criteria for insanity. What's more, the field of psychology has struggled to create a psychological model that explains all of these acts.

Copycat killings add another knot to the tangle -- these are murders committed in a way that was already established by a previous murder committed by another person. Some credit the year 1912 with the birth of this class of killer. Intense media coverage of the Jack the Ripper murders spawned a multitude of similar crimes, and the term "copycat effect" came into being.

Modern criminologists have long been aware of the potential for media exposure to lead to copycat killings. As the media has grown, other forms of entertainment -- especially movies and video games -- have come under fire for allegedly leading to copycats basing crimes on what they see on the screen.

What follows are 10 criminals, real and fictional, who inspired others to follow in their brutal footsteps.