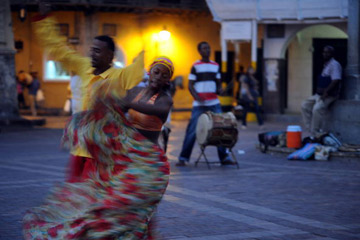 If Colombia's traditional costumes reflect a blend of the country's Amerindian, Spanish, Caribbean and African influences, the nation's music is even more of a mixed bag. Colombia's Andean region is home to more than 100 indigenous groups whose native music, used in rituals for healing and magic, has influenced many of Colombia's traditional styles of music and dance. On the opposite side of the spectrum, cumbia, a style of music and dance that is widely heralded as a national tradition, originated as a courtship dance meant to mimic Colombia's Spanish colonizers [source: Mauleon]. Below are just a few of the many delightful styles of regional Colombian music and dance:

Other flavors of traditional Colombian music and dance include porro and vallenato (from Colombia’s Atlantic coast) and joropo from the Orinoquía region (llanos) of Colombia’s interior.

If Colombian music and dance got your toes tapping in this section, Colombian food will make your taste buds tingle in the next.