by Jesslyn Shields Dec 15, 2017
Everence is the first patented technology to provide a safe method for incorporating DNA into the ink of traditional tattoos like these. Stephen Chernin/Getty Images

How much do you love your kid? Your dog? Your mom? Your best friend? Enough to have their DNA tattooed into your skin? Welcome to the 21st century, where even if you think that's creepy, it's now a possibility. Feel the need to have the genetic material of that guy you've been dating for three weeks inked into your clavicle? Don't know about that, but there are a lot of options available to you at this point.

Everence is a new company that brings us the world's first legitimate biogenic tattoo: You take the DNA of a loved one, procured through a quick and easy cheek swab (or cremated ashes), send it in to the company, and for around $650, you get a tiny vial of material that can be added to regular old tattoo ink. The end product is skin art that will unite you and your beloved together, forever.

But what keeps your immune system from freaking out and attacking the genetic material of your favorite horse once it's tattooed into the skin of your bicep? Well, Patrick Duffy, Everence's president, partnered with biomedical engineers to develop a clever technique to bypass this problem. Although this is not the first time someone's had the idea of using somebody else's genetic material in tattoo ink — renegade tattoo artists have been practicing "morbid ink" for years, adding hair and cremated remains to ink — Duffy was the first to patent a safe method for doing this.

The sample you send in to Everence is milled, sterilized and set in microscopic acrylic beads, made from a synthetic resin called polymethyl methacrylate (PMMA), the stuff in plexiglass. It is permanent and will not degrade over time, though it can be surgically removed. Since it's not biodegradable, it can't absorb into the body, so your immune system has no excuse to fly off the handle.

Although Duffy got advice and endorsements from biomedical engineers, Everence isn't subject to much scrutiny by the U.S. Food and Drug Administration. Tattoo ink has historically been viewed as a cosmetic by the agency, and therefore is held to the regulations surrounding the manufacture of cosmetics rather than the stricter rules that regulate other biomedical items, like eye lens implants for cataracts, which are also made from PMMA.

So, save your money (and a little bit of Grandma's ashes), just in case you're visited by the biogenic tattoo bug!

Now That's Interesting
Edith Mathiowitz, one of the medical researchers who partnered with Duffy, also has invented an easily removable tattoo ink.

Net Neutrality Is Gone. How Could That Affect You? 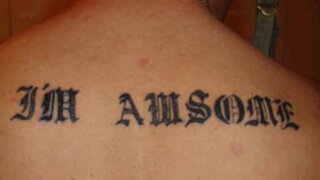 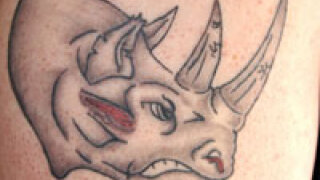 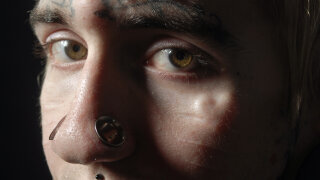