by Patrick J. Kiger Mar 1, 2018
Common-law marriage still exists in a handful of states, but not all. Knowing the law in the state where you live is always your best bet. Matej Divizna/Getty Images

At some point, you've probably heard someone explain that if you live with a romantic partner for a finite period — seven years, perhaps — you've automatically entered into something called a common-law marriage and become spouses in the eyes of the law — even though you've never uttered the matrimonial vows in a ceremony.

In reality, that's not exactly how it works. But common-law marriage, an archaic holdover from the days when cohabitation was frowned upon but a ceremonial marriage wasn't always available or convenient, actually still is a real thing, at least in a handful of places. Colorado, Kansas, Rhode Island, South Carolina, Iowa, Montana, Oklahoma, Texas, Utah and the District of Columbia currently are the only states in the U.S. that allow common-law marriages, according to Bari Z. Weinberger, a Parsippany, N.J.-based attorney who researched the subject for an article published in the New Jersey Law Journal on Nov. 28, 2016. Additionally, New Hampshire recognizes common-law marriage but only for inheritance purposes, she said.

The couple in a common law marriage has to meet certain legal requirements in their state, but contrary to popular belief, living together for seven years isn't one of them. "Hard to say where that misconception came from," Marsha Garrison, a professor and expert on family law at Brooklyn Law School, explains in an email.

Common-law marriage might sound like a relatively modern institution, but the practice actually dates back to antiquity.

"Centuries ago, marriage wasn't as closely tied to religion or legal status as it is now," Weinberger explains in an email. "In Ancient Greece and Rome, for example, it was the tradition for husbands and wives to simply declare themselves to be married in the absence of any kind of formal legal or religious ceremony."

The practice continued and grew in Medieval Europe. But the rise of the Church put more pressure upon people to go through formal unions. "Eventually, governments also stepped up, regulating marriage as a useful way to collect taxes and track populations," Weinberger says.

Even so, common-law marriage eventually took root in the U.S., as settlers spread into rural areas where clergy and churches were scarce, and there often wasn't easy access to courthouses.

But gradually, as the country became more settled and people had easier access to churches and government offices where they could obtain marriage licenses, common-law marriage started to wane, and many states abolished the practice altogether, Weinberger says.

In other places, common law marriage persisted. In the District of Columbia, the practice exists because local statutes don’t prohibit it, according to Eva Juncker, a Silver Spring, Md.-based attorney who practices in the District. Case law, starting with a 1931 decision, lays out the requirements, which are that a couple both agree to be married, and live together from that point.

Today, while specific legal details have varied from state to state, Weinberger says that there are some common requirements. A couple has to agree that they intend to be married, live together for a significant period of time — though not necessarily seven years — and present themselves to the community as a married couple. They might use the same last name, for example, or refer to one another as "my husband" or "my wife," Weinberger explains.

What happens when common-law spouses choose to split up? Since they're legally considered to be married, they have to get a regular divorce, just like anyone else, as this 2016 National Public Radio story explained. If you live in a state where common-law marriage is recognized, you will have to follow all the laws of that state to procure a divorce, just as you would with a regular marriage.

Technically, there is no such thing as a common-law divorce. But all states recognize common-law marriages that were validly contracted in other states. If you are in a legally-recognized common-law marriage and you wish to end the relationship, you must obtain a regular divorce just like all ceremonially married couples. A court will have to decide on things like child support and custody, spousal support and property division, so hiring a divorce attorney is usually a good idea.

A word to the wise — people who assume they have common-law marriages can find themselves in for a surprise. In New Jersey, which ended common-law marriage back in 1939, "couples who have cohabited for a number of years come in asking for a 'common-law divorce' from their common-law marriage — only to realize that they are not married at all," Weinberger says. "It is unfortunate that this myth persists in states like New Jersey because it can cause a great deal of frustration and heartbreak in an already fraught situation."

So, the upshot is that, yes, common-law marriage still exists, but, as marital status is something you really don't want to get wrong, check the law in your place of residence to be absolutely sure of your status.

Now That's Interesting
In a landmark 2017 Superior Court case in Pennsylvania, judges ruled that two men who began living together in a committed relationship in the mid-1990s, before same-sex marriage was legal, nevertheless were entitled to common-law marriage status. That enabled one of the men to avoid paying a 15 percent tax on the estate that he inherited after his partner's death, according to this Pittsburgh Post-Gazette account.

5 Reasons Why the Great Lakes Are So Great 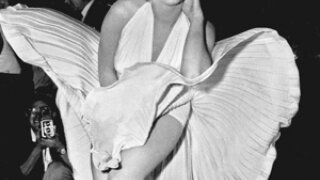 Is there such a thing as the seven-year itch? 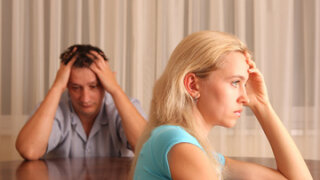 Is your spouse cheating?