Anatomy of a Breakup: When, How & Why? 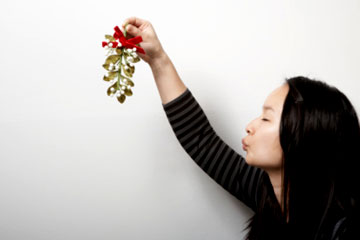 Glad tidings: Christmas is the least likely time to get dumped.
ballyscanlon/Getty Images

Is there ever a good time to breakup with someone? Is one day of the week more amenable to calling it quits than others? According to data compiled from Facebook status updates in 2009, the most common day to pull the plug is the first Monday in December [source: Byron]. That statistical torrent of turmoil is likely explained by people's resistance to breaking up during the holidays, doing the dirty work before having to endure a season's-worth of pecking under the mistletoe. Aside from breakup announcement spikes in early December and early March, when many college students take a week off for spring break, the rate of relationship dissolution remains fairly steady throughout the year.

As the world has gone mobile, so have breakups. Consider this generational difference in how the bad news is delivered: Men and women born before 1975 will break up with a significant other in person 74 percent of the time, whereas younger heart-breakers born after 1984 only do so 47 percent of the time [source: Byron]. Generation Y is more likely to call someone up (30 percent), send a searing instant message (14 percent) or type out an e-mail (4 percent) [source: Byron]. Because of this technological interference bereft of interpersonal sensitivity, some psychologists warn that romantic rejection stings more acutely for young lovers [source: Svoboda].

The rationales for breaking up aren't as easily boiled down to sterile statistics, however. Not surprisingly, cheating is one of the most common relationship deal-breakers, along with -- and possibly related to -- sexual dissatisfaction [source: Durex]. One study from Lewis and Clark College in Portland, Oregon, analyzed detailed accounts of breakups and found a macro-level divergence in how men and women decide to break up. Whereas female respondents tended to present itemized lists of grievances, such as wanting more time together, loyalty and support, men's explanations were more nebulous. What they missed was an inexplicable, magical quality of bonding and romance [source: Baxter]. On the micro level, a snapshot of breakup-related Twitter updates in 2009 cited the economy, politics, jealousy, boredom and even vocal pitch as the final straws for various couples [source: Byron].

Once that Band-Aid rips off on the first Monday in December or anytime else and for whatever reason, how does the psyche handle that heartache?