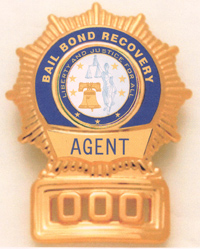 Yes, bounty hunting is legal, although state laws vary with regard to the rights of bounty hunters. In general, they have greater authority to arrest than even the local police. "When the defendant signs the bail bond contract, they do something very important. They waive their constitutional rights," says Burton. "They agree that they can be arrested by the bail bond agent. And they waive extradition, allowing bondsmen to take them to any state."

All the bounty hunter needs to make an arrest is a copy of the "bail piece" (the paperwork indicating that the person is a fugitive) and, in some states, a certified copy of the bond. He or she doesn't need a warrant, can enter private property unannounced and doesn't have to read a fugitive his or her Miranda Rights before making the arrest. But there are rules and regulations to the job. The bail bond contract gives bounty hunters the right to enter the home of a fugitive, but only after establishing without a doubt that the person lives there. They cannot enter the homes of friends or family members to look for the fugitive.

The one thing a bounty hunter can never do is take the hunt outside of the United States. Bounty hunters can be arrested -- even shot -- if they stray across international borders. (See the sidebar in the next section for more on this).

With the overwhelming popularity of reality television, it's no surprise that the networks have turned their attention to the subject of bounty hunting. Not one but two networks have shows about bounty hunters.

"Dog the Bounty Hunter" on A&E follows Duane "Dog" Chapman and his family of mulleted militia as they hunt bail jumpers through the seedier streets of Waikiki, Hawaii.