by Janel Chatraw
NEXT PAGE 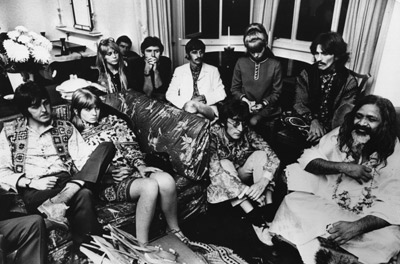 Yoga is an integral part of many peoples' exercise regimens. Students attend yoga classes at their local studio or gym, watch instructional DVDs at home and purchase books to broaden their knowledge. People around the world enjoy the health, mental and spiritual benefits of yoga. But while yoga has been practiced by some Eastern cultures for millennia, it was only introduced to the West in the 20th century. How much did the Beatles have to do with the West's sudden interest in this ancient art?

Yoga actually made its first appearance in the West in the early 19th century. It was studied as an Eastern philosophy in the early 20th century and gained popularity as a part of the health and vegetarian movement of the 1930s. But it wasn't until the 1960s that yoga really began to take off. Prominent Indian yogis began moving to Western countries to extend their teachings.

It was around this time that the Beatles were first exposed to yoga. While the group was filming "Help!" in the Bahamas in 1965, they met Swami Vishnu-Devananda, the founder of Sivandana Yoga. He presented them with signed copies of his work, "The Illustrated Book of Yoga." George Harrison was fascinated by the book and began studying yoga and Eastern religion. His wife, Pattie Boyd, encouraged him to study Eastern mysticism, Indian philosophy and become a vegetarian. By 1966, Harrison journeyed to India to study sitar, a type of stringed instrument, under the master Ravi Shankar.

While Harrison studied in Bombay, Boyd heard of Maharishi Mahesh Yogi, the founder of Transcendental Meditation (TM). The Maharishi, born Mahesh Prasad Varma, wanted to make meditation easy to understand and practical. In 1955, he wrote his first book, "The Science of Being and the Art of Living," and began teaching TM in 1958.

Harrison and Boyd were struck by the Maharishi's teachings and bought tickets for the Beatles to see him in London. The group followed the Maharishi to Bangor, Wales to learn more about meditation. They eventually traveled to his ashram, or religious retreat, in Rishikesh in the Himalayas where they were joined by other celebrities like Mia Farrow, Donovan and Mike Love of the Beach Boys. The Beatles studied as a group until certain members of the band began to lose interest in TM.

But after John Lennon accused the Maharishi of molesting Mia Farrow, the Beatles fell out with their former master. The allegations were unproven and no charges were ever filed, but the damage was done. Proponents of the Maharishi suggested the split was not the fault of the yogi, but was instead caused by the Beatles' use of LSD and other drugs in the ashram. George Harrison was the only member of the Beatles to later make amends with the Maharishi.

However, the Beatles had been profoundly influenced by their time with the Maharishi. Much of the music on the White Album was inspired by the yogi's words and their experience with TM. The Maharishi also profited from the connection. By the 1970s, more than five million people practiced TM [source: Times Online]. Because the Beatles had helped popularize the yogi's teachings, they were partly responsible for popularizing yoga in the West.

But of course the Beatles aren't solely responsible for the Westernization of yoga. In the next section, we'll learn about other influential teachers and practitioners. 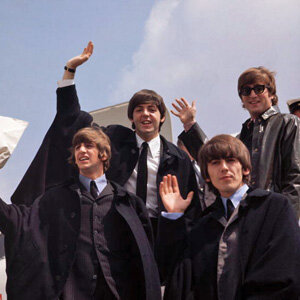 Why aren't the Beatles on iTunes?