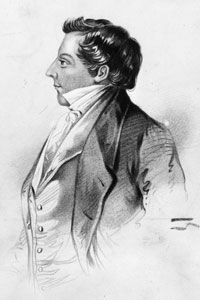 According to Mormon theology, God told Joseph Smith to practice polygamy and spread the word through his people.
Hulton Archive/Getty Images

In the 1800s, "Mormon" meant one thing: the Church of Jesus Christ of Latter Day Saints. In 1831, the head of the LDS -- the Prophet -- was Joseph Smith, and he believed God had ordered him to spread the practice of polygamy among his people.

The Mormon Church refers back to God's directive in Genesis 1:28, "be fruitful, and multiply, and replenish the earth," for polygamy's ancient roots. Joseph Smith's revelation, the Divine Principle, is reflected in several passages of the Mormon scripture Doctrine and Covenants, including:

If any man espouse a virgin, and desire to espouse another, and if the first give her consent, and if he espouse the second, and they are virgins and have vowed to no other man, then he is justified; he cannot commit adultery for they are given unto him.

It's not all about multiplying, though. Smith and his followers also believed that plural marriage expanded the mind and the heart, encouraged patience, tested one's faith, and helped steer the righteous away from the sins of adultery and envy.

Still, in the aftermath of Smith's revelation, Mormons were faced with a difficult transition.