Yoga Comes to the United States 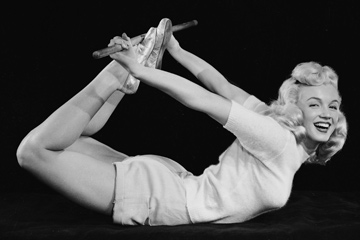 Current yogis owe a debt of gratitude to the Maharaja at Mysore for yoga's popularity around the world. Not only did the Maharaja fund the school at which Krishnamacharya taught his students, who would go on to be influential in their own right, he also paid for these talented yogis to travel around India demonstrating yoga. People from the West began traveling to Mysore to study with these masters, and the gurus began going west themselves, starting in the late 1890s.

Pierre Bernard and Indra Devi are two people who worked hard to entrench yoga in the U.S. Bernard was a showman who relied on some of the more mystical aspects of yoga to draw a crowd; he would claim to feel no pain as doctors stuck needles in his body, thanks to yogic training. He traveled the world giving speeches on yoga's benefits, and then he set up a yoga retreat center on the Hudson River that taught the celebrities of the early 1900s.

Devi rejected that yogic mysticism and put the influence solely on the physical benefits of yoga when she opened her studio in Hollywood in 1947. Devi, who had studied with Krishnamacharya at Mysore, realized that movie stars would be effective prosthelytizers for yoga, and she recruited Greta Garbo, Gloria Swanson and Marilyn Monroe to come to her classes. After working with Devi, Monroe gave credit to yoga for her great legs [source: Mishra].

In the 1950s, Richard Hittleman continued what Devi had begun: repackaging yoga as a physical exercise regimen while minimizing the spiritual, meditative parts. Hittleman taught yoga on television and sold many exercise books with his methods. During the 1960s and '70s, when hippies reigned, there was a brief resurgence of interest in the more spiritual aspects of yoga, but those quickly dropped away in the early 1990s, when yoga became a workout for mainstream America. Since then, we think of yoga as "hatha yoga," all exercise with a modicum of spirituality.

Some yoga purists and Hindu groups are angry that yoga in the U.S. has lost that spiritual element; they point out that these exercises were only done to prepare the body for the kind of concentration and meditation that would be necessary to understand the divine. Others might point out that Americans approach yoga as physical exercise but soon discover the mental and emotional benefits that these traditional yogis associate with the practice. It seems that the battle over what yoga means, and what it should mean, will continue in the U.S. While some yogis bemoan the rise of the $100 pair of yoga pants and the competitions that seem to go against all the self-acceptance and mental clarity that true yoga stands for, other yogis claim that yoga's evolution in America is nothing new, that yoga has always been more about change and adaptation than unyielding tradition.

One thing is for sure -- yoga isn't going away anytime soon. But not all yoga is the same -- on the next page, we'll consider what types of yoga are commonly practiced.