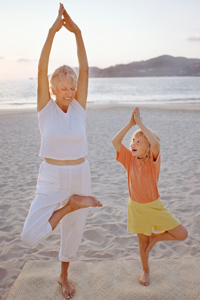 According to a 2008 poll commissioned by a leading yoga magazine, 15.8 million Americans practice the discipline each year [source: Billard]. And yoga is big business in the United States -- every year, these yogis and yoginis spend almost $6 billion on classes, retreats, clothing and DVDs [source: Billard]. You can find yoga offered everywhere from gyms to community centers to retirement homes. When celebrities are asked how they keep in shape and stay sane amongst the craziness of Hollywood, they usually mention yoga. There are yoga classes specifically for dogs, babies, nudists, couples and punk rock aficionados. Your doctor might recommend that you take a few classes at your next check-up, and there's talk of making yoga an Olympic sport. So how did yoga come to be so popular in the U.S.?

A typical yoga class in the U.S. might involve a series of postures, known as asanas. The postures, which comprise forward bends, back bends, lunges and twists, have names like downward-facing dog, pigeon, camel, crane and eagle. Throughout a typical class, you'd also practice some breathing exercises and you might do a guided meditation followed by a "namaste". If you were to ask the people leaving such a class what they got out of it, their answers would probably differ. Some might say that they get a great workout that helps them fit into their jeans, while others might say that they feel calmer and more relaxed. Some might be confused why a doctor wanted them to listen to such nonsense for an hour. But this type of class only represents a very small window into the entire world of yoga.

Yoga is an ancient tradition that was first mentioned in the Vedas, a set of scriptures written 5,000 years ago. The word "yoga" is usually translated as "union" or "yoke," and early writings about the practice talk about a union between the body and mind that will help an individual develop a union with the universal. Yoga was praised in the Bhagavad Gita, thought to be written in 300 B.C., as a means of freeing the mind from the physical world, but the ancient text makes no mention of an exercise regimen. Rather, the Bhagavad Gita outlines three types of yoga: karma, bhakti and jnana. Karma yoga was based on selfless action, bhakti yoga was a form of devotion and prayer and jnana yoga referred to scholarly pursuits and the study of philosophy and knowledge.

So how do students working on their downward-facing dogs link to these ancient Indian texts about devotion and philosophy? On the next page, we'll consider yoga's long journey to the Western world. 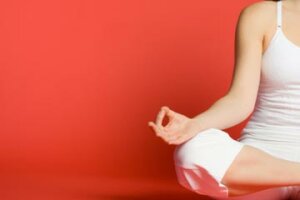 Can yoga clear up acne? 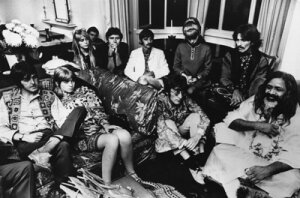 Namaste: It Doesn't Just Mean Yoga Class Is Over