by Stell Simonton Mar 2, 2018
In an unprecedented move, the United States Postal Service in 1992 allowed the public to vote on which Elvis — young or old — to use on the new 29 cent stamp. Young Elvis won (any contest?) and remains the most popular U.S. commemorative stamp of all time. AFP/Getty Images

The face of Mister Rogers will soon be flying around the country on envelopes, dropping into mailboxes — and no doubt arriving in your neighborhood.

The Mister Rogers stamp from the U.S. Postal Service.
©2018 USPS

Fred Rogers, host of the long-running "Mister Rogers' Neighborhood" on PBS, will sport his red sweater on the blue Forever stamp along with King Friday XIII, the puppet-ruler of the show's Neighborhood of Make-Believe. The stamp will be released March 23, 2018 by the U.S. Postal Service.

That's as it should be, says Justin Bua, an award-winning artist, speaker, author and entrepreneur, who was one of 11 people on the advisory committee in 2017. "Everyone agrees this guy is a cultural icon," says Bua, who helped make the decision to feature Rogers. "He had such a positive influence."

Rogers, appearing in a knit sweater and singing original songs including "Won't You Be My Neighbor," was beloved of children though sometimes lampooned by tetchy adults for his simple, earnest, shoe-changing manner.

In 1957, the U.S. Postal Service created the Citizens' Stamp Advisory Committee to float ideas for stamps. Members from the fields of art, education, science and tech, history, politics and other areas of public life are appointed by the Postmaster General to evaluate stamp ideas from the public. Today submissions come in to the committee at more than 30,000 per year. The mail is opened in the U.S. Postal Service office known as Stamp Development, which determines whether submissions meet stamp guidelines and criteria. The staff create big binders of potential stamps to be studied and evaluated by the committee members, who meet four times a year.

If you'd like to submit an idea, go to this link, read the guidelines and then mail — yes, mail — it in. There is no compensation awarded and no credit given to the creator, just bragging rights and a place in postal history.

"A lot of stuff comes across the table," says Bua, who ended his term in February. Committee members discuss the ideas in the binders. "You have your personal favorites and lobby for those," he says. But the members try to be a voice of the people. "We like to give voice to what is relevant and going on in the world," he says.

The committee must choose primarily American or American-related subjects, and it sticks to those that have made "extraordinary and enduring contributions to American society, history, culture or environment." They send their stamp choices to the Postmaster General, currently Megan Brennan, who began her tenure in 2015. That's where the buck stops — the Postmaster General makes the final decision.

The committee recommends 20 to 25 stamp subjects each year to the Postmaster General. It generally takes three years for a stamp to be developed from inception to unveiling.

When Mister Rogers joins the gang, he will be in diverse company. He may not be able to compete with Elvis, who graces the most popular stamp of all time, according to Terry McCaffrey, former head of Stamp Development, but joins honorees ranging from Lena Horne, issued Jan. 30, 2018, to a series of Disney Villains issued in 2017, including Cruella De Vil from the movie "One Hundred and One Dalmatians" and Scar from "The Lion King." He'll also be in proximity to the total eclipse of the sun, which got its own stamp in 2017.

Now That's Interesting
You'll get a chance to see Tom Hanks playing Fred Rogers in the movie "You Are My Friend," in development by TriStar Pictures. It's the story of a cynical journalist forced to do a story about Rogers, but who ultimately is won over by Rogers' personality. It's inspired by the real-life friendship between Rogers and award-winning journalist Tom Junod.

Is the U.S. Government Hiding New Proof of Alien Life? 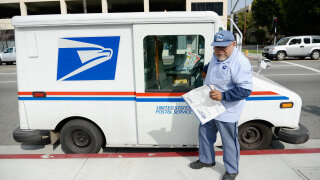 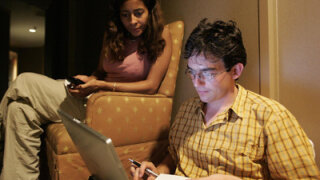 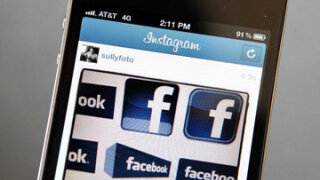