What is social identity?

by HowStuffWorks.com Contributors
Next

Social identity relates to how we identify ourselves in relation to others according to what we have in common. For example, we can identify ourselves according to religion or where we're from (Asian American, Southerner, New Yorker), political affiliation (Democrat, Environmentalist), vocation (writer, artist, neurosurgeon), or relationship (mother, father, great-aunt). In addition, some identities are stigmatized (person with AIDS, homeless person, alcoholic) and many social identities can be multiple (an Asian American Democrat who works as a writer). Together, the different roles a person plays can help him realize his overall identity.

Social identity can provide people with a sense of self-esteem and a framework for socializing, and it can influence their behavior. In experiments carried out by Henri Tajfel and John Turner, it was found that people favored the members of their own group, regardless of whether the assignment to the group was based on the flimsiest commonality or even if it was arbitrary. In addition to how your view yourself, social identity also influences how other people treat you.

While gender identity usually occurs between the ages of two and three, many other forms of identity continue to evolve throughout a person's life; for example, a lawyer who formerly specialized in corporate law but who switches to divorce law may change his social identity from a corporate lawyer to a divorce lawyer. During the years of adolescence, teens undergo the process of defining their social identity. Experimenting with body piercing, new hairstyles, music preferences, tattoos, and different forms of dress are ways in which teens try to fit in with a group or decide which group is right for them. While you want your teenagers to be able to fit in with friends (if they're a good group of kids), you want them to maintain their individuality and have the self-esteem to resist doing anything that violates their own values or those of their family. 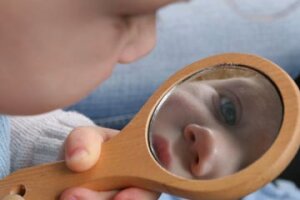 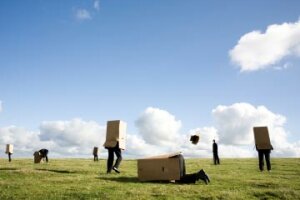 How do we define "normal?"