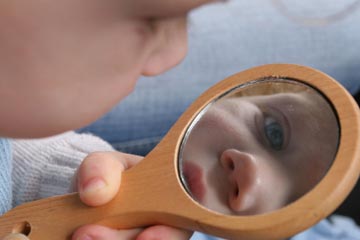 Philosophy, religion, law, the sciences and even business have all explored the question of personhood. While the definition of "person" may seem like the stuff of armchair theology, it has a range of real-world implications, many of them controversial. For example, the discussion about corporate personhood -- the idea that a business has the same rights as a person -- in the United States was a heated one. The definition of "person" is also a central point in the debate over abortion.

To use the abortion debate as an example, some argue that life begins at conception, since human DNA is established and present as soon as the sperm joins the egg. The initial splitting of cells means that there is life, growth and, soon, response to external stimuli. On the other hand, others point out, a zygote isn't self-aware or rational and doesn't have what could be considered fully human features. It doesn't have personality, the ability to make decisions or the capacity to exercise other forms of higher cognitive thought. By this reasoning, a zygote in early pregnancy may be alive, but it's not a person yet: It's a potential person. It's similar to the idea that a pre-adolescent child isn't considered an adult based on the potential to become one.

A similar debate focuses on the end of life. Let's take the example of a person who has designated himself an organ donor. He has given the OK to have his organs and tissues removed for transplant into another human being after brain death. His body might still be functioning with the aid of life support, but he and the medical staff harvesting his organs have agreed that his personhood ended with brain death.

Beyond issues of life and death is the question of whether a nonhuman can be a person. Some researchers working with dolphins and apes, for example, have argued that these animals should be treated as people. If an ape used sign language to appeal for increased rights or scored higher on an ethics test than a human did, would that be a strong enough case? The counterargument is that only humans can be people. A fully developed, conscious and self-aware ape may have "ape-hood," but for many it's a stretch to debate the state of personhood for an animal.

At this point, there's no single definition of "person" that all sides of the debate can agree upon, but the question is fundamentally important to how we behave as a society. When we group humans into "persons" and "nonpersons," we open the door to practices such as eugenics and slavery. So while humanity hasn't yet resolved the question of, "What is a person?" its answer could help guide our ethics.