La Mara Salvatrucha, known colloquially and infamously as MS-13, is a vicious, barbaric street gang. Now in as many as 40 states across the U.S., MS-13 members murder and rape, maim and terrorize. The stories of their depraved crimes are legendary.

These are truths that no one disputes. In fact, MS-13, like many street gangs, revels in its well-earned reputation. The group's motto, according to the U.S. Department of Justice, is "kill, rape, control."

If you listen to President Donald Trump and others, MS-13 is the result of America's failing immigration system. If the U.S. can stop MS-13 gang members from unleashing all their mayhem, deport them and prevent them from crossing the border, the thinking goes, then the country will be a much safer place.

"Attention to gangs is valid. About 13 percent of the homicides in this country are gang related. That's far more homicides than from mass shootings or terrorism," David Pyrooz, a sociologist at the University of Colorado who specializes in gangs and criminal networks, says. "But let's remember this. The maximum number of homicides associated with MS-13 in a given year — gang-related homicides — is about 2 percent of the total ... gang-related homicides in the United States. That is, I hate to use this language, but that is in many ways a drop in the bucket when it comes to gang activity."

So why all the attention? Why is this president and his entire Department of Justice so hellbent on bringing down this one, albeit particularly violent, gang?

MS-13 gang members languish in a 'gang cage' in the Quezaltepeque police station in San Salvador, El Salvador. These overcrowded cages were designed to be 72-hour holding cells, but many of the individuals have been imprisoned for more than a year.
Giles Clarke/Getty Images

Often overlooked in discussions of MS-13 is the fact that the group didn't begin somewhere in Latin America, then come storming across the border to wreak hell on the American way of life.

The gang formed here, in the U.S., in the 1970s. Immigrants from El Salvador, trying to escape a brutal civil war, fled to Los Angeles, where they settled in poorer parts of the city already controlled by other gangs, smoked marijuana and listened to heavy metal music. The newcomers bonded to socialize and to protect themselves from other groups, and la Mara Salvatrucha was born.

A quick explanation of the group's name: "Mara" is the word used in El Salvador for "gang." The word "Salvatrucha" and the 13 that follows are explained here (according, again, to the DOJ):

"Salvatrucha" is a combination of the words "Salva," which is an abbreviation for "Salvadoran," and "trucha," which is a slang term for "alert," "look out," or "cunning." The "13" refers to the 13th letter of the alphabet, or "M," which denotes the gang's allegiance to the Mexican Mafia, a prison gang.

As the fledgling gang took on more established groups in L.A. and associated itself with other gangs (like the Mexican Mafia), police began to crack down, deporting some members back to El Salvador, which remained torn by civil unrest.

But some of those MS-13 members found their way back to the U.S. in the '80s, and others from El Salvador came with them, though the idea that a planned stream of gang members from Latin America into the U.S. is probably not accurate.

"Criminal migration is real," according to "MS13 in the Americas: How the World's Most Notorious Gang Defies Logic, Resists Destruction," a report by The Center for Latin American & Latino Studies at American University in Washington D.C., and Insight Crime, a foundation that studies organized crime in Latin America and the Caribbean. "But this does not appear to be part of a master plan, nor is it coordinated from some central headquarters. Gang members appear to move in the same patterns as the rest of the population, and many of them move to escape the gang and the violence associated with it."

Today, MS-13 boasts as many as 10,000 members in the U.S., and as many as 30,000 internationally. That makes it one of the biggest gangs in the world. The group is the first and only street gang to be designated by the U.S. government as a transnational criminal organization.

As large as MS-13 is, though, it doesn't represent a particularly large U.S. criminal presence compared to the total number of gang members in the country. MS-13 is just one of some 33,000 gangs that the FBI recognizes, and it accounts for just a fraction of the 1.4 million gang members nationwide, according to the National Gang Intelligence Center.

"What's interesting about them, what makes them different from other groups — partly in response to what the president has been tweeting and talking about them" Pyrooz says, "we can't think of an example in recent history of a single group that has attracted such attention on a national level."

The reason, again, for all the attention, according to the "MS-13 in the Americas" report: "Trump has ... used the gang for political purposes, conflating the dangers of undocumented migrants in the United States with gang violence in order to further his anti-immigration agenda."

MS-13 gang members, according to news accounts and those who have studied the gang, are into racketeering, extortion, money laundering, prostitution, drug trafficking and other illegal activities. In carrying out their street business, they are particularly savage. The gang has been tied to rapes and kidnappings, violent assaults and, most famously, some horrific murders.

"Gang violence is far more lethal than what it was four or five decades ago," Pyrooz says.

"Violence is a major part of the glue that binds the MS-13. It is part of every stage of an MS-13 member's life: Potential members commit violent acts to be considered for membership and ultimately to gain entry; they are then beaten into the gang in a ritual that has left more than one permanently scarred; they move up the gang ladder by 'putting in the work' and showing 'commitment,' euphemisms for committing violent acts in the name of the gang."

In 2017, as many as 10 MS-13 members in Maryland lured a man into a park, stabbed him more than 100 times, decapitated him and cut out his heart, according to the Washington Post. An 18-year-old Virginia woman confessed to taking part in the killing of a 15-year-old girl in retaliation for her boyfriend's murder. The 18-year-old stabbed the younger girl 13 times, and videotaped the murder to show to MS-13 higher-ups.

These are just two of many shocking killings attributed to MS-13.

"It's hard to say that the attention is not undue or not deserved," Pyrooz says. "But it's hard to be able to focus specifically on them without paying more attention to what the problem of gang activity is in the United States as a whole."

It's notable, and should be of some comfort to nervous, law-abiding non-city dwellers, that victims of gang violence overwhelmingly are other gang members or those close to gangs.

Stopping MS-13, or any other gang, is not easy. One sure way not to do it, experts say, is deportation. "Any time you would pick up a component of a group and you move it to another place, it's going to absolutely result in the growth of that group," Pyrooz says.

Pyrooz, co-author of "Confronting Gangs: Crime and Community," suggests that the best way to break down a gang is to incorporate its members into social institutions. Get them into steady relationships and into being parents. Show them ways to make money by teaching them skills and finding them jobs. Urge them to get involved with church and other groups outside of the gang.

More than 95 percent of people who join gangs, Pyrooz says, eventually leave them. "It's hard to prevent kids from getting involved in gangs. But what we want to be able to do is to blunt the negative impact while they're involved," he says. "Let's get them out as quickly as possible. What we don't want to happen is for their involvement to have lifelong consequences."

NOW THAT'S INTERESTING
The American University report has several policy recommendations on how to confront the MS-13 threat, including this last one: Stop making the gang a political actor. "In the United States, the federal government has made the MS13 a center-point of its immigration policy, which has bolstered the gang's image as the most feared gang in the region. The gang will take advantage of this political capital when it is handed to it."

How Do You Survive Getting Lost in a Cave? 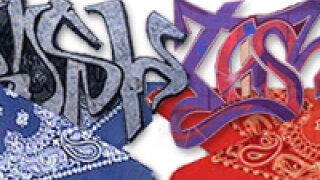 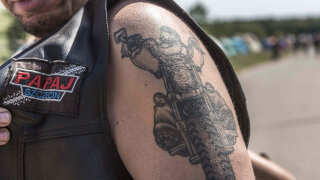 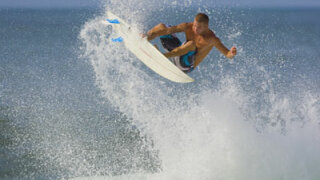 Why do surfers have gangs?