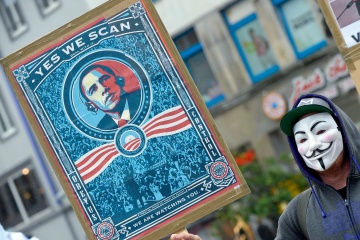 A demonstrator in Hanover, Germany, makes his feelings known about PRISM, the infamous U.S. surveillance system on June 29, 2013.
© Peter Steffen/dpa/Corbis

If you need a layman's analogy to understand the PRISM surveillance system, one of the more apt comparisons would be to the HBO show "The Wire." Just substitute "United States government" for Baltimore police, "Internet data and content" for phone wiretaps, and name the target as "pretty much anyone" instead of drug traffickers. (Unfortunately, you'll have to take out the copious beer drinking and crab eating altogether.)

Here are two things you might've learned from "The Wire" that also apply to PRISM (aka Planning Tool for Resource Integration, Synchronization and Management): First, it's illegal to target any random Jane Doe U.S. citizen without probable cause and a warrant. Second, it takes a lot of short stories to create the sprawling history of an intelligence-gathering program, and when it comes to PRISM, we're barely pushing novella, as information has only slowly leaked (ha!) out. Not entirely surprising, considering that the U.S. government (and cooperating companies) has a tendency to be a bit tight-lipped about top-secret intelligence programs.

But that perceived silence also might be for an even more mundane reason: Could the super undercover, nefariously hidden program called PRISM actually be a fairly transparent tool for gathering information, not a mandate for snooping through your e-mail?

Well, yeah, sources in the intelligence community are saying it's a collection system or tool [source: Ambinder]. Whether or not it's transparent is still up for debate. Also important: A U.S. citizen -- or anyone within the United States -- cannot be targeted by the PRISM program. It's strictly for foreign intelligence. Lest you feel too comfortable, we'll discuss what kind of "reasonable" suspicion government officials need to assume they're dealing with a foreign target. (Hint: not much.)

So grab some snacks, open a "private" browsing window on your computer, and settle in for season 1 of "The PRISM System" (subtitle: "So Far As We Know."). 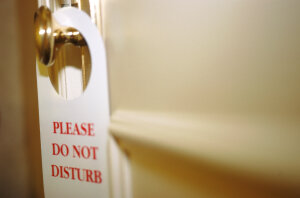 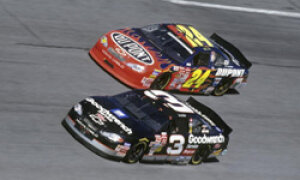 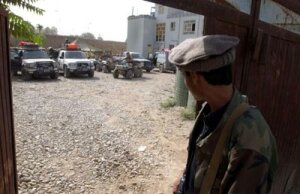