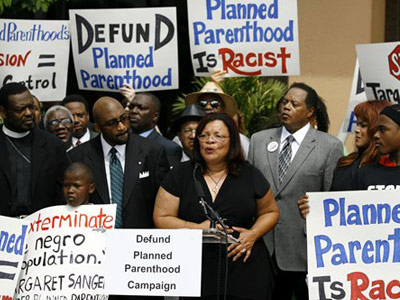 You don't become the country's leading abortion provider without facing criticism­ along the way. Some critics claim that "freedom of choice" applies only as long as Pla­nned Parenthood agrees with your choice. The U.S. Conference of Catholic Bishops is just one group that points to the extremely low numbers of adoption referrals that Planned Parenthood makes in comparison to the abortions it performs. Many anti-abortion groups would prefer that Planned Parenthood provide more counseling prior to an abortion, including showing the patient a 3-D sonogram, the belief being that it's harder for a woman to go through with an abortion when she sees what is growing inside her.

Additionally, critics claim that Planned Parenthood doesn't support the choice that medical professionals have to exercise a right of conscience, or the right to refuse to do something on the job that violates their moral beliefs. This includes everyone from nurses who won't assist abortions to pharmacists that won't dispense emergency contraception. This right of conscience is legally protected, which Planned Parenthood has claimed is an unfair claim on a woman's body by the government.

Critics, however, would say that even though Planned Parenthood refuses even the slightest governmental interference in terms of a woman's body, the organization certainly doesn't have a problem taking the government's money. One-third of Planned Parenthood's revenues come from government grants (the rest is mainly from fees for services rendered at the health centers and from private donations). Planned Parenthood has made a profit for many years and also maintains status as a tax-exempt organization.

­Many conservatives are troubled by their tax dollars funding Planned Parenthood, but also b­y the fact that Planned Parenthood's success and future tax-exempt profits are dependent, essentially, on young people having sex and then seeking birth control or an abortion. Some detractors have even made the argument that Planned Parenthood encourages teens to have sex without understanding the consequences, if only because they make the consequences erasable by abortion. Planned Parenthood also has created sex education curriculums that have made their way into the hands of organizations like the Girl Scouts and the Boys and Girls Club; when some parents get a whiff of a child being told about condoms and birth control instead of about abstinence, they pull their children out of the programs.

Many anti-abortion groups have also conducted undercover stings to see how Planned Parenthood works from the inside. For example, in Indiana in 2008, a university student posed as a 13-year-old girl worried about a possible pregnancy with her 31-year-old boyfriend. A secret videotape of the encounter showed a Planned Parenthood nurse asking the girl to stop telling her the ages of those involved so that she wouldn't have to report the couple to Child Protective Services for statutory rape [source: Morton]. The same year, in Idaho, another anti-abortion group made taped phone calls to a Planned Parenthood office asking if donations could be earmarked to fund black women's abortions, because, as the caller put it, "the less black kids out there the better" [source: Forester]. According to the recording, Planned Parenthood's response was nervous laughter, followed by "Understandable, understandable" [source: Forester].

The issue of eugenics has long been an issue for Planned Parenthood. When Margaret Sanger was campaigning for the use of birth control in the early 1900s, she made many statements about how crowded populations would be better off without adding unwanted and unfit babies into the mix (babies, that, it should be noted, mainly came from lower class families). Planned Parenthood has never repudiated Margaret Sanger or her support of eugenics, and the idea of some babies being unfit for this world is abhorrent to many. Also abhorrent to some was Planned Parenthood's offer of free birth control and abortions in the aftermath of the events of Sept. 11 and Hurricane Katrina, on the basis that families may not be ready for the addition of a new baby after losing a loved one or all their belongings [source: Braun].

Still, while some people find Planned Parenthood distasteful, there are millions worldwide who rely on Planned Parenthood as a means for getting birth control and preventing unintended births. For more on family planning and other women’s health issues, see the links below. ­