Worldwide membership in the Roman Catholic Church was an estimated 1.08 billion people in 2010, roughly 15.6 percent of the total world population [source: Pew Research Center]. Catholicism is by far the largest Christian denomination in the world, and more than 75 million Americans belong to the Catholic Church.

Catholics look to Vatican City in Rome, where the pope lives, for their spiritual leadership. The pope is the head of the Roman Catholic Church and the Vatican's head of state. The pope's governance of the Catholic Church is termed his papacy. You often hear the pope called by many other names, including Papa, Vicar of Christ, Holy Father and bishop of Rome.

In this article, we will examine the jurisdiction of the papacy of the Roman Catholic Church, discuss how someone becomes pope and review some of the duties a pope performs.

As head of the Roman Catholic Church, the pope is the supreme spiritual leader of the church and controls the church doctrine. With more than a billion followers, the pope's decisions affect societies and governments all over the world.

To understand the authority of the papacy, we should first understand a little history of the Roman Catholic Church.

The Catholic Church dates back to the time of Jesus Christ, who selected Peter to lead his church. Peter's original name was Simon. In the New Testament book of Matthew (16:18), after Simon recognizes Jesus as the Christ (or Messiah), Jesus changes his name, replying, "And I say also unto thee, that thou art Peter, and upon this rock I will build my church; and the gates of hell shall not prevail against it." This statement, now known as the Petrine guarantee or Petrine theory, gave Peter the fullness of power and is the scriptural basis for papal authority [source: Britannica].

Most theologians believe the "rock" of which Christ spoke is Peter himself. Peter's name in Aramaic is Cephas, a word meaning "rock." Aramaic is the language that Jesus spoke. Knowing this, Matthew 16:18 can be interpreted as Jesus saying that he is building his church on the strength of Peter. Further evidence of this conferment of power is in John 21:15-19, when Christ tells Peter, "Feed my sheep."

Upon his ascension, Peter became the undisputed leader of the group of followers of Christ. At some point in his life, likely near the end, Peter moved to Rome to spread the word of Christ, according to the Catholic Encyclopedia. It was in Rome that Nero, the Roman emperor who persecuted the church, killed Peter. Tradition holds he was crucified upside down. Through his death, Peter became a martyr. His body was buried on Vatican Hill and St. Peter's Cathedral was later erected over his grave.

During his life, Peter was never officially the bishop of Rome or the pope, but in honor of his work and his role as the head of the church, he is recognized as the first pope. Every pope since Peter is considered the immediate successor of Peter, and not of that pope's immediate predecessor. A pope is considered to be carrying on the power that Christ granted Peter. Today, a great number of the pope's powers are derived from the Petrine guarantee, which is etched in Latin around the dome of St. Peter's Cathedral.

The pope's powers were bolstered in the First Vatican Council in 1870, when 433 bishops passed the decree of papal infallibility. According to the decree, the pope "is possessed of that infallibility with which the Divine Redeemer wished His Church to be endowed in defining doctrine regarding faith and morals" [source: Catholic Encyclopedia].

The next two sections explain the process of papal succession.

A Papal Who's Who

The Passing of a Pontiff

When a pope dies, the nontheological authority of the papacy passes temporarily to the cardinal camerlengo, or chamberlain, who is the Vatican's secretary of state. The camerlengo has many responsibilities when the pope dies. First, he confirms the pope's death by calling the pope's real name three times without response. Some sources say he also gently taps him on the head three times with a silver hammer. (Recent deaths of popes also have been confirmed with doctors.) He then authorizes the pope's death certificate, and closes and locks the pope's private apartment in the Apostolic Palace of the Vatican. The camerlengo also organizes and presides over the election of the next pope.

The pope's body lies in repose for nine consecutive days, during which time the cardinals of the Catholic Church celebrate the funeral rites. No one is allowed to photograph or film the pope while he is on his sickbed or after his death. The cardinal camerlengo may permit post-mortem photographs for documentary purposes only after the pope is attired in his pontifical vestments.

Before burial, the pope's body is placed inside a cypress coffin that is encased in two others made of elm and lead. The pope is typically buried in the tombs below St. Peter's Basilica, where St. Peter is buried.

During the time between the pope's death and the election of a new pope, the world focuses on the tiny sovereignty of Vatican City. In the next section, we will examine the complex process by which a pope is elected.

Pope Francis represents many "firsts" for the papacy: He is the first pope from the Americas; the first member of the Jesuit order to be elected pope; and the first pope to choose Francis — a reference to famously ascetic and spiritually gifted St. Francis of Assisi — as his papal name [source: Donadio]. Before his election to pope, Jorge Mario Bergoglio was the archbishop of Buenos Aires, where he earned a reputation as a champion of the poor and spoke out against the liberal social policies of the Argentine government, including the legalization of same-sex marriage in 2010 [source: McElroy]. However, Francis has publically tried to shift the focus of Catholic ministry away from polarizing social issues like abortion and homosexuality to refocus on serving the marginalized and poor. He speaks Spanish, Italian and German fluently.

Electing the Next Pope

A conclave begins no earlier than 15 days and no later than 20 days after the pope's death. Cardinals participating in conclave stay in St. Martha's House, a hospice inside the Vatican that has 130 rooms. Arrangements are made to ensure that the cardinals are not approached as they are transported between St. Martha's and the Sistine Chapel.

In 1996, Pope John Paul II described the complex procedures that would be used to elect the next successor to St. Peter, in an Apostolic Constitution called Universi Dominici Gregis (UDG). It is an accepted practice for popes to publish the norms that regulate the election of their successors, and popes often make small adjustments to the procedures. According to John Paul II, these changes were made "with the intention of responding to the needs of the particular historical moment."

Each rectangular paper ballot is inscribed at the top with the words Eligo in Summum Pontificem, meaning "I elect as supreme pontiff." Below these words, each cardinal writes down the name of the person he chooses as the pope. The voting cardinal then folds the ballot twice, holds it in the air, and carries it the chapel's altar. He says, "I call as my witness Christ the Lord who will be my judge, that my vote is given to the one who before God I think should be elected." The cardinal places the ballot on a plate that sits atop the ballot receptacle and uses the plate to drop the ballot into the receptacle. After bowing before the altar, he returns to his seat.

Here are the steps for the vote-tallying procedure:

After each vote, the ballots and any notes regarding them are burned. Smoke from the burning of the ballots appears over the Vatican Palace. If no pope has been chosen, a chemical is applied to the ballots in order to create black smoke when burned. White smoke signals that a pope has been elected.

The newly elected pope remains pontiff for life (although there have been occasional resignations, such as Pope Benedict XVI in 2013). His reign is referred to as a pontificate. In the next section, you will learn what the pope does during his pontificate.

If the elected pope accepts, the master of papal liturgical celebrations certifies the acceptance by the new pope, as well as the pope's choice of name. The elected person immediately becomes the bishop of Rome, which gives him supreme power of the Catholic Church. Each cardinal elector then approaches the newly elected pope to pay homage and show his obedience to the pope.

After an election, it is tradition for the oldest cardinal in conclave to step to the balcony above St. Peter's Square and announce, "Habemus papam," which means "We have a new pope." The new pope then steps out on the balcony, addressing the world as pope for the first time, and imparts the Apostolic Blessing.

Once his inauguration is over, the new pope begins the day-to-day duties of papal responsibility. As spiritual leader of the world's largest religious following, and as the Vatican's head of state, the pope's responsibilities are vast. Here are just a few of his duties and activities:

The role of pope has evolved greatly in 2,000 years. At one time, the pope crowned emperors and carried military power. Today, the pope's secular power and duties are diminished, but the position still carries great spiritual influence as the leader of the world's largest religious sect.

For more information on the papacy, the Catholic Church and related topics, check out the links on the next page.

As the newly elected pope accepts his new role, it is tradition for him to select a new name. This papal tradition dates to 533 and the election of Pope John II, whose birth name was Mercurius. Mercurius is derived from Mercury, a pagan Roman god. Believing that a successor of St. Peter should not carry a name belonging to a pagan religion, Mercurius chose to change his name upon his election to honor a previous pope. While some who followed John II chose to retain their original names, it soon became commonplace for new popes to choose a new moniker. The name change also symbolizes the new life that the new pope is entering as the head of the Catholic Church. Typically, the new pope selects the name of his favorite saint or a former pope whom he admires. 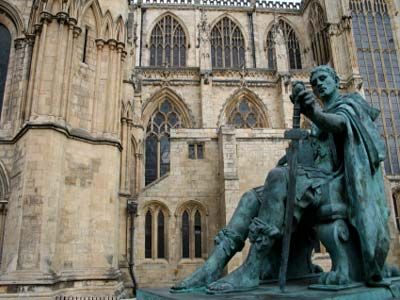 Up Next
How did an attempt to blind a pope establish the Holy Roman Empire?
Explore More 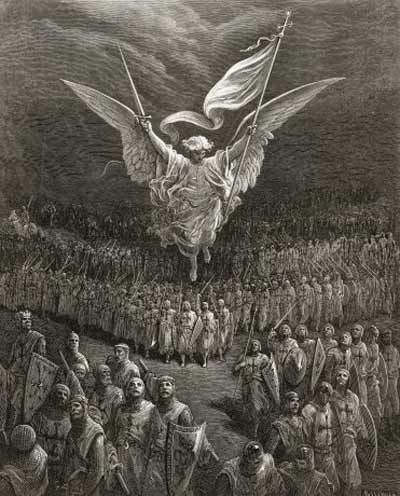