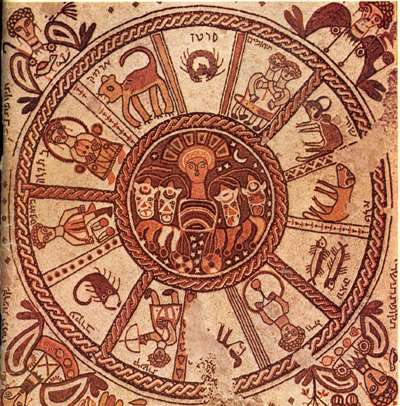 The Zodiac killer terrorized the San Francisco area in the 1960s and 1970s.

Th­ey were gruesome crimes that shocked us with their brutality. But as time passed, we heard less and less about them until we forgot about the crime, not even realizing that the perpetrator remained among us. Yet the files remain open, and the families of the victims live on in a state of semi-paralysis.

Here are some of the world's most famous cold cases.

Elizabeth Short, also known as the Black Dahlia, was murdered in 1947. Like thousands of others, Elizabeth wanted to be a star. Unlike the bevy of blondes who trekked to Hollywood, this 22-year-old beauty from Massachusetts was dark and mysterious. She was last seen alive outside the Biltmore Hotel in Los Angeles on the evening of January 9, 1947.

Short's body was found on a vacant lot in Los Angeles. It had been cut in half at the waist and both parts had been drained of blood and then cleaned. Her body parts appeared to be surgically dissected, and her remains were suggestively posed. Despite receiving a number of false confessions and taunting letters that admonished police to "catch me if you can," the crime remains unsolved.

The Zodiac Killer was responsible for several murders in the San Francisco area in the 1960s and 1970s. His victims were shot, stabbed, and bludgeoned to death. After the first few kills, he began sending letters to the local press in which he taunted police and made public threats, such as planning to blow up a school bus.

In a letter sent to the San Francisco Chronicle two days after the murder of cabbie Paul Stine in October 1969, the killer, who called himself "The Zodiac," included in the package pieces of Stine's blood-soaked shirt. In the letters, which continued until 1978, he claimed a cumulative tally of 37 murders.

Still curious about unsolved crimes? Read about more cold cases on the next page.

On February 28, 1986, Swedish Prime Minister Olof Palme was gunned down on a Stockholm street as he and his wife strolled home from the movies unprotected around midnight. The prime minister was fatally shot in the back. His wife was seriously wounded but survived.

In 1988, a petty thief and drug addict named Christer Petterson was convicted of the murder because he was picked out of a lineup by Palme's widow. The conviction was later overturned on appeal when doubts were raised as to the reliability of Mrs. Palme's evidence. Despite many theories, the assassin remains at large.

In Cleveland, Ohio, during the 1930s, more than a dozen limbless torsos were found. Despite the efforts of famed crime fighter Eliot Ness, the torso killer was never found. The first two bodies, found in September 1935, were missing heads and had been horribly mutilated. Similar murders occurred during the next three years.

Desperate to stop the killings, Ness ordered a raid on a run-down area known as Kingsbury's Run, where most of the victims were from. The place was torched, and hundreds of vagrants were taken into custody. After that, there were no more killings.

The key suspect in the murders was Frank Dolezal, a vagrant who lived in the area. He was a known bully with a fiery temper. Dolezal was arrested and subsequently confessed, but his confession was full of inaccuracies. He died shortly thereafter under suspicious circumstances.

In 1978, Bob Crane, star of TV's Hogan's Heroes, was clubbed to death in his apartment. Crane shared a close friendship with John Carpenter, a pioneer in the development of video technology. The two shared an affinity for debauchery and sexual excesses, which were recorded on videotape. But by late 1978, Crane was tiring of Carpenter's dependence on him and had let him know that the friendship was over.

The following day, June 29, 1978, Crane was bludgeoned to death with a camera tripod in his Scottsdale, Arizona, apartment. Suspicion immediately fell on Carpenter, and a small spattering of blood was found in Carpenter's rental car, but police were unable to connect it to the crime. Examiners also found a tiny piece of human tissue in the car. Sixteen years after the killing, Carpenter finally went to trial, but he was acquitted due to lack of evidence.

Read about more of the famous cold cases throughout history on the next page.

Our list of unsolved murders continues with these notorious crimes.

On September 7, 1996, successful rap artist Tupac Shakur was shot four times in a drive-by shooting in Las Vegas. He died six days later. Two years prior to that, Shakur had been shot five times in the lobby of a Manhattan recording studio the day before he was found guilty of sexual assault. He survived that attack, only to spend the next 11 months in jail. The 1994 shooting was a major catalyst for an East Coast-West Coast feud that would envelop the hip-hop industry and culminate in the deaths of both Shakur and Notorious B.I.G. (Christopher Wallace).

On the night of the fatal shooting, Shakur attended the Mike Tyson-Bruce Seldon fight at the MGM Grand in Las Vegas. After the fight, Shakur and his entourage got into a scuffle with a gang member. Shakur then headed for a nightclub, but he never made it. No one was ever arrested for the killing.

In London in the late 1880s, a brutal killer known as Jack the Ripper preyed on local prostitutes. His first victim was 43-year-old Mary Ann Nichols, who was nearly decapitated during a savage knife attack. Days later, 47-year-old Annie Chapman had her organs removed from her abdomen before being left for dead.

The press stirred up a wave of panic reporting that a serial killer was at large. Three weeks later, the killer was interrupted as he tore apart Swedish prostitute Elizabeth Stride. He managed to get away, only to strike again later that same night. This time the victim was Kate Eddowes. The killer, by now dubbed Jack the Ripper, removed a kidney in the process of hacking up Eddowes's body. His final kill was the most gruesome. On the night of November 9, 1888, Mary Kelly was methodically cut into pieces in an onslaught that must have lasted for several hours.

Dozens of potential Jacks have been implicated in the killings, including failed lawyer Montague John Druitt, whose body was fished out of the Thames River days after the last murder was committed. The nature of the bodily dissections has led many to conclude that Jack was a skilled physician with an advanced knowledge of anatomy. But more than a century after the savage attacks, the identity of Jack the Ripper remains a mystery.

The final installment of our list of history's coldest cases appears on the next page.

These unsolved murders, like the ones on the previous pages, are some of history's most famous crimes.

In 1975, labor leader Jimmy Hoffa disappeared on his way to a Detroit-area restaurant. Hoffa was the president of the Teamsters Union during the 1950s and 1960s. In 1964, he went to jail for bribing a grand juror investigating corruption in the union. In 1971, he was released on the condition that he not participate in any further union activity. Hoffa was preparing a legal challenge to that injunction when he disappeared on July 30, 1975. He was last seen in the parking lot of the Machus Red Fox Restaurant.

Hoffa had strong connections to the Mafia, and several mobsters have claimed that he met a grisly end on their say so. Although his body has never been found, authorities officially declared him dead on July 30, 1982. As recently as November 2006, the FBI dug up farmland in Michigan hoping to turn up a corpse. So far, no luck.

­In the early hours of December 26, 1996, Patsy Ramsey reported that her six-year-old daughter, JonBenét, had been abducted from her Boulder, Colorado, home. Police rushed to the Ramsey home where, hours later, John Ramsey found his little girl dead in the basement. She had been battered, sexually assaulted, and strangled.

Police found several tantalizing bits of evidence -- a number of footprints, a rope that did not belong on the premises, marks on the body that suggested the use of a stun gun, and DNA samples on the girl's body. The ransom note was also suspicious. Police found that it was written with a pen and pad of paper belonging to the Ramseys. The amount demanded, $118,000, was a surprisingly small amount, considering that John Ramsey was worth more than $6 million. It is also interesting to note that Mr. Ramsey had just received a year-end bonus of $118,117.50.

A number of suspects were considered, but one by one they were cleared. Finally, the police zeroed in on the parents. For years, the Ramseys were put under intense pressure by authorities and the public alike to confess to the murder. However, a grand jury investigation ended with no indictments. In 2003, a judge ruled that an intruder had killed JonBenét. Then, in August 2006, John Mark Karr confessed, claiming that he was with the girl when she died. However, Karr's DNA did not match that found on JonBenét. He was not charged, and the case remains unsolved.

Citizen's Arrest? Leave Collaring Criminals to the Cops
The Twisted Tale of a Racist Law Still on the Books
'Made in the USA' Behind Bars: Is Prison Labor Really 'Slave Labor'?