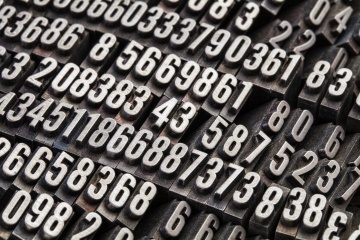 The numerals that make up a numbers station message have no meaning to anyone except the intended recipient.
© marekuliasz/iStock/Thinkstock

The broadcasts you'll hear on numbers stations vary. They generally begin with an alert signal of sorts at the top or bottom of the hour. This alert may be a simple tone, or it can be fragments of song, such as with the famous Lincolnshire Poacher station, which begins broadcasts by playing several bars from the well-known tune of the same name. This indicates to listeners that a message is about to begin and also helps the user tune his or her radio for the best reception.

What follows the opening refrain is usually a set of spoken numbers or letters, often four or five at a time, which are repeated again and again, before moving on to a new set. Depending on the station's origin, the code may be spoken in English, Korean, Czech, Spanish or other languages.

There are a lot of variations on the same structure. Many stations have received colorful nicknames that reflect some defining characteristic of the station. For example, one is called Swedish Rhapsody because it begins with a fragment of that song. Other well-known stations include The Buzzer, Cherry Ripe, The Spanish Lady, Atencion and Yosemite Sam.

Sometimes broadcasts come in loud and clear. Sometimes atmospheric conditions degrade the signals. And sometimes, intentional jamming on the part of opposition countries creates enough interference on the same frequency that it renders the transmission difficult or impossible to understand.

The coded structure of the messages almost certainly indicates that these messages are secret and intended for spies avoiding detection. The question, then, is how do spies understand the latent messages when no one else can?

The manner in which these bizarre broadcasts are encoded is the linchpin of an unbreakable encryption system. Keep reading to see how these codes work.