Management of Nuclear Proliferation under the MAD Doctrine 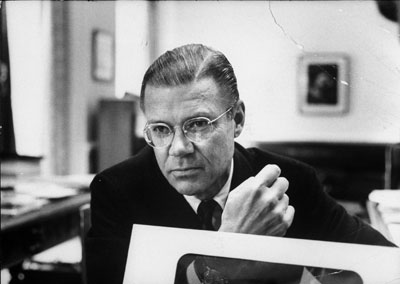 There are two defining characteristics of the doctrine of Mutual Assured Destruction. One, each side must have the nuclear capability to wipe out the other. And two, each side must be convinced the other has the nerve to launch a nuclear strike. In a speech in 1967, Defense Secretary Robert McNamara described how the U.S. achieved nuclear deterrence through MAD: “We do this by maintaining a highly reliable ability to inflict unacceptable damage upon any single aggressor or combination of aggressors at any time during the course of a strategic nuclear exchange, even after absorbing a surprise first strike” [source: McNamara].

Over time, nuclear delivery became more refined and the nightmare of an all-out nuclear holocaust less realistic. Both the U.S. and USSR invested heavily in technology that directed thermonuclear weapons from mindless, clobbering bombs to precise surgical instruments. Missile guidance systems allowed for more exact strikes, and the placement of missiles around the globe -- from allied nations to submarines cruising the world’s oceans -- created a virtual nuclear minefield. All-out annihilation was replaced by other options for a nuclear strike [source: Battilega].

People began analyzing ways that nuclear war could play out. One theory is called ladder of escalation. Under this strategy, one side launches a first strike, followed by a counterstrike from the other side. This exchange continues like a chess game, with each side increasing the level of destruction with each successive strike. For example, targeting civilian populations comes after strikes against military targets [source: Croddy, et al]. Each strike gives the other the option to back down or return fire. It’s kind of like trading punches with another person; each punch becomes increasingly powerful. The idea is to step up the force little by little until one heavy blow turns out to be the final punch as the weakened opponent backs down. All-out nuclear war, by contrast, is more akin to two parties shooting each other point-blank in the head.

Fans of the 1983 movie "War Games" will recognize this kind of strategy. In the film, a renegade supercomputer, capable of launching an American first strike, mulls over the best way to win a nuclear war. The computer runs through scenarios like a set of infinite games, considering a strike launched from Europe or from nuclear subs, and other endless possibilities. The computer finds there’s no way to win: Each first strike results in a counterstrike and both sides lose.

Mutual Assured Destruction really does have a basis in games. The same underlying mathematic principles that dictate maneuvers in games like Scrabble and Monopoly were used to examine nuclear strategy during the Cold War in a discipline called game theory. The doctrine of MAD, specifically, shares its basis with a game theory experiment called the prisoner’s dilemma.

In this scenario, two criminals are apprehended by police and questioned separately. The dilemma comes from each criminal's uncertainty as to what his cohort will do. If one confesses, the other is released but the confessor is punished. If one criminal implicates the other, the rat will be freed but the other person punished. The best course of action in this scenario (or in nuclear war) is inaction. By remaining mute (or unwilling to launch a first strike), neither party can be implicated (or destroyed).

It’s the same things that the computer Joshua learns in "War Games:" The only way to win in nuclear war is not to play.

For more information on the Cold War and other related topics, visit the next page.