What is the most isolated culture on Earth -- and what can we learn from it? 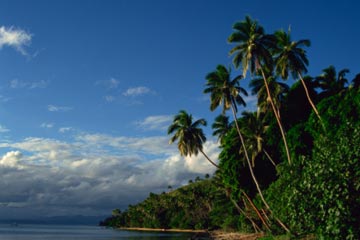 If we had our own gorgeous tropical island, we might resent meddling visitors, too. Just saying. See pictures of paradise.
Comstock/Thinkstock

Once society reached the point where a program like Google Earth was a run-of-the-mill reality, it started to become a bit unimaginable that whole tribes of Paleolithic people were out there avoiding modern civilization like the plague, all but forgotten by those of us living in our own self-styled (albeit concrete) jungles. But that's exactly the case. While it's unlikely there are really any groups of people we're still entirely unaware of, there are definitely some who actively shun our invitations to put on some pants and join the rat race.

And sometimes it seems like the few remaining isolated tribes have the right idea after all. They seem to think so, that's for sure, because they defend their isolation with a vehemence that defies all but the most determined visitors. Even the rare party-crashers who do manage to break into the isolated world often throw their hands in the air, give up and go home.

But one isolated group in particular seems to cherish their seclusion in an exceptionally fierce fashion: people known to us as the Sentinelese. They've been snubbing their noses -- and shooting arrows -- at anyone who's attempted to get within bowshot of their tiny island home for several hundred years. Located in the Bay of Bengal and the Andaman Islands, North Sentinel Island is technically part of the Republic of India. This is more for the sake of the Indian government, however, as the stone monument it plunked down declaring sovereignty is patently meaningless to 100 percent of the island's inhabitants. The Sentinelese language is not only completely incomprehensible to us, it's also startlingly different from those of other tribes on nearby islands, suggesting the Sentinelese have been the Mr. Wilsons of the neighborhood for many thousands of years -- maybe as long as 60,000 all told.

So what makes them so unsociable? It's hard to say, but a good guess would be that bad things happen when explorers "discover" you. The Sentinelese may have just caught on to this more quickly than most. We're so clueless about their culture and how they live, we don't even know what they call themselves. Protected both by their own warriors, and a nearly-impossible to navigate ring of coral reef, the Sentinelese have so far fought fiercely to hold onto their small piece of the pie.

To find out more about other isolated tribes that still survive in dwindling numbers today, check out Are there undiscovered people? But for more about the astonishing Sentinelese, row on over to the next page.

Learning from the Sentinelese 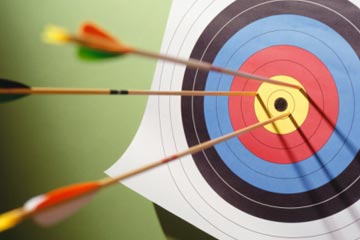 Feel like being target practice? Then just get within about 50 feet of North Sentinel Island!
Photodisc/Thinkstock

So, what can we learn from the Sentinelese? Well, not an awful lot since they aren't exactly fond of visitors. Occasionally, they'll let giddy anthropologists give them some coconuts, but that's about as far as that goes. Sometimes they'll take the coconuts, but still fire off a few rounds to encourage a speedy departure.

One thing we could learn, however, if they were in the mood to teach us and we could actually understand what on earth they were saying, would be their secret to tsunami survival. The Sentinelese apparently not only know when a tsunami is approaching, but also how to survive an apocalyptic wall of water on a tiny island that's only about 28 square miles (72 square kilometers) in size, with peaks no more than 320 feet (98 meters) above sea level. It seems their attentiveness to nature -- possibly the ocean, the earth, the fauna or all three -- is pretty fine-tuned, because when rescue workers stopped by to see if the elusive tribe had survived a direct hit from the colossal tsunami in December 2004, they found themselves -- you guessed it -- looking down the business end of a bow and arrow.

That's not the only kind of weapon the Sentinelese use to intimidate anybody tenacious enough to try to roll out the welcome mat on behalf of, well, modern civilization and pretty much everyone else on the planet. The Sentinelese make use of all sorts of flotsam that washes up on their beaches. Uninvited guests, therefore, have had the pleasure of being threatened with not just rocks and regular arrows, but also iron-tipped arrows, along with iron-tipped wooden adzes and iron-bladed knives. Good times!

One thing we sure wouldn't learn from the Sentinelese is how to make fire -- apparently they haven't picked up on that particular skill, although they could show us how to keep embers lit by a lightning strike smoldering for long periods of time in hollowed-out trees.

So if you were looking to learn some survival skills, the Sentinelese would be some good people to go to. Satisfy your curiosity concerning the elusive tribe, survival stories and distant destinations by exploring the links on the next page.