Alone in the Amazon: The Last of His Tribe

by Jesslyn Shields Jul 31, 2018
The 'Man of the Hole' is the last of his tribe and lives by himself somewhere in the Amazon rainforest of Brazil. Carlos Fabal/Getty Images

Imagine living alone. Not like in a house by yourself, or even very far away from everybody else like one of those people who goes to live by themselves on an island. No, imagine if you were the last person you knew, the last who could speak your language, the last who remembered what Halloween was, or a Coca-Cola, or that a dog says "woof" and a cat says "meow." Imagine being the very last person you will ever know.

There's at least one man living that life right this minute in the Tanaru indigenous reserve in the Rondônia State of Brazil, on just under 20,000 acres (8,070 hectares) of protected forest. Anthropologists believe the man to be in his mid-50s. According to those in charge of watching him, he seems to be in remarkable shape — probably because he spends all his time farming corn and papaya, cutting down trees with an ax and shooting monkeys, birds and wild pigs with his bow and arrow for food. He is called "The Man of the Hole" by members of FUNAI, the National Indian Foundation of Brazil, because he digs deep holes in the ground around the forest, perhaps to trap animals, but the 6-foot-deep (1.8 meter) hole inside one of his abandoned houses tells a different story. He needs places to hide — you don't get to be the last of your kind without something unspeakable having happened to everybody you once knew.

As with most uncontacted Amazonian tribes, nobody knows anything about the man or the people he came from. According to a July, 2018 Facebook post by the nonprofit Survival International, which included a newly-released video of the man briskly chopping down a tree in 2011, "We don't know the name of his tribe or what language he speaks. His people were probably massacred by cattle ranchers who invaded the region. He survives because his territory is now, finally, being properly protected by the authorities."

It is difficult for governments to know how to protect members of uncontacted tribes. The Man of the Hole is human, after all, and deserves privacy if he wants it — which is why the government held back the tree-cutting video for seven years until deciding its release would help bring awareness to the efforts to protect his way of life. The Man of the Hole has been monitored by FUNAI for 20 years — his six companions are thought to have been slaughtered 1995, so his territory has been protected and he has been left entirely alone and monitored from a distance since he shot at and wounded a FUNAI worker in 2005. These days, he receives small presents like tools and seeds from his government voyeurs, who sometimes catch a glimpse of him and take short videos like the one released in July. (He rarely takes the gifts, but who can blame him?) But it's ultimately for his protection that nobody tries to make contact with him.

Although mining, farming and logging industries are a dire threat to uncontacted peoples like the Man of the Hole, outside contact from do-gooders also has its dangers. Anthropologists and activists have never quite settled the question of whether it's a good idea to make contact with isolated peoples, even just to vaccinate them against common modern diseases. A single foreign virus could wipe out an entire tribe, and since the 1970s, the Brazilian government's stance has been that, unless a tribe is in real danger of coming up against people who might make them very sick, they should be left alone.

But what does "alone" mean in a time when this planet straining under the burden of over 7.5 billion people?

"The problem is that there are no empty spaces in the Amazon," said José Carlos Meirelles, a former FUNAI official told The New York Times. "You fly over it and see all that forest, but down there, it's full of people — drug dealers, illegal loggers and others."

In the meantime, FUNAI estimates as many as 113 uncontacted tribes go about their business in the Brazilian Amazon, although only 27 groups have been confirmed. A few other uncontacted tribes exist in the jungles of Peru, Bolivia, Ecuador and Colombia.

Now That's Interesting
While the languages spoken by uncontacted Amazonian tribes often belong to particular linguistic groups, they often have nothing in common at all.

Here's How You Back Up Your Gmail 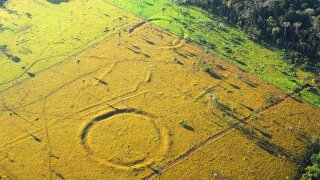 450 Huge Geometrical Earthworks in the Amazon Hint at Past Civilizations 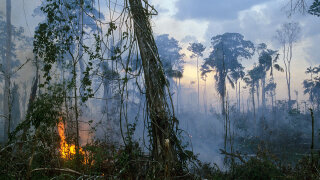 What If the Amazon Rainforest Is Completely Destroyed? 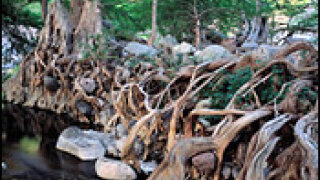