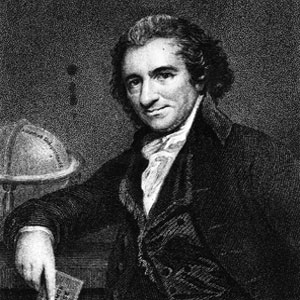 The seeds of libertarianism found fertile ground in the American colonies. The famous pamphleteer Thomas Paine preached a brand of "radical liberalism" that lashed out against the tyranny of the English throne. Paine argued that government, far from being a helpful protector of society, is actually the enemy of society. In "Common Sense," Paine writes, "... government even in its best state is but a necessary evil; in its worst state an intolerable one."

The Declaration of Independence, written by Thomas Jefferson, can be read as a striking proclamation of the libertarian ideology. In his opening statement, Jefferson argues that the right of the colonies to secede from England are derived from the "Laws of Nature and of Nature's God," a reference to the natural law of classical liberalism. He goes on to write the most famous lines in the birth of a nation:

"We hold these truths to be self-evident, that all men are created equal, that they are endowed by their Creator with certain unalienable Rights, that among these are Life, Liberty and the pursuit of Happiness. That to secure these rights, Governments are instituted among Men, deriving their just powers from the consent of the governed, --that whenever any Form of Government becomes destructive of these ends, it is the Right of the People to alter or to abolish it, and to institute new Government..." [source: Archives.gov].

Note that Jefferson's "unalienable rights" are a clear echo of John Locke's rights of life, liberty and estate (or property). In fact, Jefferson's words were borrowed from a much closer source: the Virginia Declaration of Rights written by his colleague George Mason. Mason described the foundation of government:

"That all men are by nature equally free and independent and have certain inherent rights, of which, when they enter into a state of society, they cannot, by any compact, deprive or divest their posterity; namely, the enjoyment of life and liberty, with the means of acquiring and possessing property, and pursuing and obtaining happiness and safety" [source: Archives.gov].

After the American Revolution was fought and won, the Founding Fathers assumed the task of writing a Constitution that would enshrine the liberal ideals of the day. The result is a document that is clear in its skepticism of power. The government is divided into three clearly delegated branches -- executive, legislative and judicial -- each with its own set of limited powers, and each acts as an effective check on the others.

The Constitution was first written without the Bill of Rights. But George Mason and other dissenters insisted upon an explicit statement of rights that protects against government tyranny.

Notable among the 10 Amendments are numbers nine and 10, which state, "The enumeration in the Constitution, of certain rights, shall not be construed to deny or disparage others retained by the people," and, "The powers not delegated to the United States by the Constitution, nor prohibited by it to the States, are reserved to the States respectively, or to the people." Yes, the government has some specific and carefully enumerated powers, but the limited rights of the government must always answer to the broader, natural rights of the people [source: Boaz].

Libertarianism in America has evolved considerably since the founding of a nation. On the next page, we'll look at the modern Libertarian Party and its positions on some of the most pressing political issues of the day.