by Nathan Chandler Jul 15, 2019
The law of attraction says that you can attract positive things into your life by thinking positive thoughts and vice versa. Borut Trdina/Getty Images

"While visiting Arizona, each time I drove by a housing development I would say 'I want to live in there or that is where I want to live!'" says author and life coach Christy Whitman. "So we started to look on the internet while living in Montreal for a winter home to buy in Arizona... We saw this house [in a gated community] on the internet, had my friend who is my Realtor go see it and FaceTime with us, and we made an offer. As I drove up to the development to see the house while I was in town before we closed, it was the exact same gate, exact same street and the exact same side of the development that I had been saying I wanted to live in."

Whitman cites this as an example of the law of attraction (LOA) in action. Simply put, this "law" states that like attracts like — positive attracts positive and negative attracts negative. Thinking that you're going to be rich or — are already rich — will engender more money coming your way. Worrying about how you'll pay your bills will just generate more bills and debts.

The law of attraction isn't just a pop culture trend proliferated by books like "Think and Grow Rich," or "The Secret." It has some historical basis in New Thought, a 19th-century metaphysical-religious movement in which people believed human thought, if properly channeled, could manifest amazing changes in followers' lives.

History of the Law of Attraction

New Thought was sparked in part by an inventor and spiritual counselor named Phineas Quimby, who was desperate to cure a serious bout of tuberculosis. When his doctor's prescriptions failed to cure the disease, he began exploring other options using his own observations.

Ultimately, Quimby believed that physical illnesses were manifestations of a flawed mind. By healing the mind, he said, one could also fix what ailed the body. He relied heavily on mesmerism (hypnotism) to correct improper thinking, and eventually did bounce back from tuberculosis without his doctor's guidance.

Throughout the late 1800s, the New Thought movement slowly arose in American culture. Their "mind cure" techniques gained popularity in some circles. By the early 20th century, the New Thought Alliance sought to bring some structure to the wide-ranging, diverse beliefs of the movement with a mission statement of sorts:

"To teach the Infinitude of the Supreme One; the Divinity of Man and his Infinite Possibilities through the creative power of constructive thinking and obedience to the voice of the indwelling Presence which is our source of Inspiration, Power, Health and Prosperity."

At the core of it all was a simple idea: that with the right guidance, the human mind can cause all sorts of positive (or negative) outcomes.

The LOA had been popular in New Age circles for decades but gained mainstream buzz in 2006, when Australian author Rhonda Byrne published a bestseller titled, "The Secret," (also made into a documentary film of the same name) in which she detailed ways that historical figures like Abraham Lincoln and Winston Churchill, among others, understood the LOA and actively put it to use in their lives.

But Byrne's "secret" is not really a secret. For centuries, both philosophers and con men have leveraged the LOA and its ilk both to buoy the spirits of the downtrodden and in some cases bilk vulnerable targets out of their cash.

How the Law of Attraction Works

What we think about, says the law, we bring about. Christy Whitman notes in an email interview that the law of attraction is like a boomerang. "We are all energy beings that send out energy signals all day every day. We send these out through what we say, do, think, feel and believe. All energy carries a vibration and those vibrations are met with (matched by) other vibrations of the same nature and that is how we create or attract things in our lives."

Jack Canfield, the success coach who spawned the "Chicken Soup for the Soul" self-help empire, preaches the importance of vibration. His website says, for example, "In order to receive that which you are intending, you must become a 'vibrational match' for what you want to attract into your life." Once you put in the practice, "you can begin to expect miracles."

Let's say you want more love in your life. Canfield advises you to become more loving and generous with yourself and others. "By creating the vibration of love, you will automatically draw more love into your life."

What if you want more money? Canfield suggests you envision checks coming in the mail. Also, "write yourself a check for the sum of money you wish to manifest this year, and post it in a visible location. Every time you see it, believe that it is possible," he adds. "Remember to take a moment to be thankful for everything that you already have. By doing this, you are creating a vibrational match for the financial abundance that you want to attract into your future life."

The basic tenets of the Law of Attraction can be summed up as "ask, believe, receive."
Owen and Brenda Cooper/Flckr/CC BY 2.0

Spiritual adviser and writer Suzanne Heyn says in an email interview that she often sees the LOA at work in her own life. "One of the best examples is with my business. I sell online spirituality courses and often do deadline-based enrollments. The times when I'm in my head and feeling doubtful about the power of my offering or my ability to realize my dreams, my sales are poor. When I stay positive and focused, sales are higher — often three or four times higher."

Criticisms of the Law of Attraction

Certainly, positive thinking is better than negative thinking. You may agree with Canfield that being a more loving person could certainly bring more love into your life. But taken too literally, it's easy to see how the law of attraction could have an evil glint. Those people starving in a war-torn country? Flawed thinking is the root cause of their misery — their suffering is self-inflicted. Victims, in other words, carry the blame for everything bad that happens to them — whether obesity, poverty, abuse or disease. In "The Secret," Byrne goes as far as to say, "You cannot catch anything unless you think you can."

Another criticism of the LOA is that it requires no action on the part of the "manifester." You don't have to work toward your goals — simply thinking positively about them is enough. In fact, trying to work toward them could be a sign that you don't trust the universe.

Skeptics add that the law of attraction is easy to explain away through confirmation bias, which is a well-known psychological phenomenon in which people tend to pay attention to details that confirm their pre-existing beliefs. In other words, people remember the times their thoughts lined up with results ("I was just thinking about you when you called!") and forget the times they don't. The LOA asks believers to pay attention only to positive thoughts and actions, something that research shows may actually make people less rational and less likely to pursue real action to change their lives.

"People tend to have more success with the LOA for smaller items for which they did not make a vision board — finding money on the street, getting a check in the mail, hearing from a long-lost friend," wrote Dr. Neil Farber in Psychology Today. "Is a belief in a law of attraction any better than rubbing a rabbit's foot, tossing a coin in the fountain, or pulling apart a wishbone? Test it yourself; the answer is no!"

However, even if the LOA is bunk, the power of positive thinking itself is a functional tool that can improve your life in tangible ways. Research shows that by looking on the brighter side and generating your own positivity, you can lower your risk of heart problems, depression, and increase your pain tolerance. But change is more likely to come when you marry positive thoughts with some kind of action.

NOW THAT'S INTERESTING
Though most prosperity gospel preachers would be upset if you mentioned it, there is a strong link between the LOA and the prosperity gospel. At the turn of the 20th century, a pastor named E.W. Kenyon put a Christian spin on New Thought and taught that people should avoid thinking or saying things associated with sickness or poverty and focus only on God's strength and health. Dr. Norman Vincent Peale, a minister, wrote the popular 1952 book "The Power of Positive Thinking," which further joined Christianity to New Thought. The first prosperity preachers of the 1980s married positive thinking with the Pentecostal belief in physical manifestations of faith (like health and wealth).

How Billy the Kid Really Died 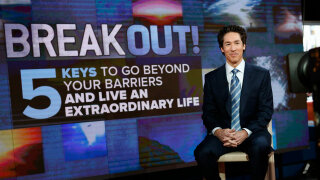 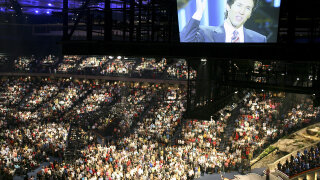 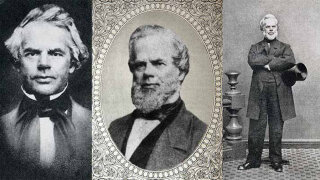 Phineas Parkhurst Quimby: The Mind Can Heal the Body