Is Technology Driving a New Era of Cults?

by Diana Brown Mar 30, 2018
Bentinho Massaro, seen here in one of his many YouTube videos preaching his "8 Methods to Increase Abundance." HowStuffWorks/YouTube Screen Capture

When many of us think of cults, we think of the more than 900 followers of Jim Jones, who willingly committed mass suicide by drinking cyanide-laced Kool-Aid simply because he instructed them to do so. Or maybe even the members of Heaven's Gate who died in another mass suicide trying to catch an extraterrestrial spacecraft they believed was following the Hale-Bopp comet.

But a new kind of cult might be emerging — one that uses technology to gain believers. Stuff They Don't Want You To Know hosts Ben Bowlin, Noel Brown and Matt Frederick discuss the specifics of one of these emerging techno-cults and its leader in one of their latest podcasts, A Digital Cult? The Strange Case of Bentinho Massaro.

First, let's start with what makes a cult. They aren't all that different from organized religions, in many ways, but there are key differences. In a destructive cult environment, the leader often uses psychological tricks to gain complete control over his followers' behaviors and actions. Often, cult leaders use verbal and physical abuse, or sexual coercion, to gain extraordinary levels of control.

In a cult, it's important for the leader to strip away a follower's sense of self and replace that with a person who worships (and obeys) them — above all else. So connections with family or friends outside of the cult circle are discouraged and many times outright forbidden. Failure to follow the rules means followers are ostracized from the cult — and all its promises for a better life — forever.

Today, a cult might seem harder to pull off; after all, people are so connected to information and each other through the internet and social media. It makes it much more difficult to isolate someone enough to thoroughly brainwash them. But savvy, would-be gurus are finding ways to use that technology to their advantage.

Take Bentinho Massaro, for example. This "Tech Bro Guru," as he's been dubbed in the media, has four websites dedicated to his teachings, active YouTube, Facebook and Instagram accounts, and uses WhatsApp and Facebook Live to connect to his viewers and stream content free online. And he doesn't stop there. Massaro says he wants to build an entire city for his enlightened people — a city that will have virtual reality technology and an astral projection stimulator.

It's exciting stuff — the kind of promises that make people believe he really does have a vision for the future. That he is perhaps of the future. Or timeless. And that's what he wants people to think; that he's a timeless entity, only taking on human form for a short period of time so he can save humanity and help us evolve.

It didn't sound bad — at first. Massaro basically preached that everyone should think positively, use the Law of Attraction to get what they want and manifest their dreams. Pretty run-of-the-mill, inspirational-poster type stuff. Until he started to gain more and more followers. He has around 300,000 now, and his beliefs have started to sound a little crazy. Now he claims to have supernatural powers. He professes to have the power of telekinesis and says he can control the weather with his mind.

He also claims he has the ability to be physically in two places at once — bilocation — and the power to teleport. Massaro says that humanity has already established slave colonies on Mars, that we will meet aliens (and they'll look just like they do in the movies), and that we haven't needed fossil fuels for 80 years because the Nazis won World War II. Um, OK.

He also claims his highly enlightened state absolves him of all responsibility for his actions. (He screams insults at anyone he wants, saying it's "out of love," and truly enlightened people would recognize that.)

But worst of all, Massaro's begun forcing his followers to "dry fast," directing them not to eat or drink anything other than grape juice — for months at a time. Many believers have complained about chronic health problems from these fasts, yet they continue to submit.

These are the kinds of behaviors that start to make Massaro's Trinfinity Academy look to outsiders like a cult, but on its face, it looks a lot like a startup. That's because many of the same principles apply. Does Massaro and Trinfinity Academy mark the arrival of cult 2.0? Listen to the entire podcast to hear Matt, Ben and Noel explain how Massaro has used all the strategies of a startup tech business to launch his platform and his academy, and to recruit an army of believers. He certainly is the first — but definitely won't be the last. 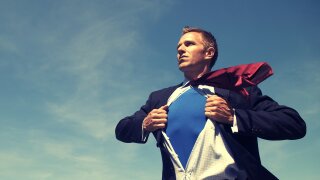 Can Humans Have Superpowers? 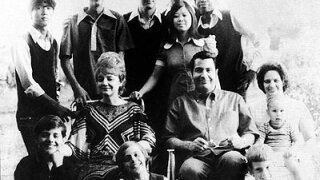 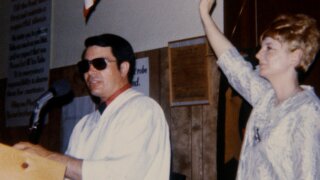