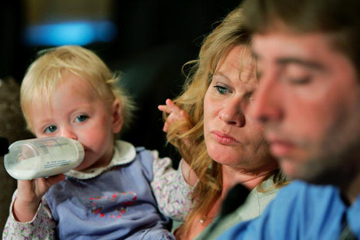 CRACK considers allowing drug addicts people to reproduce, "legal child abuse." This couple testified to the Senate about their past meth use in 2006.
Win McNamee/Getty Images

Economists can roughly calculate dollar amounts for most things; child abuse is no exception. A report from the Pew Charitable Trusts concluded that in 2007, child abuse had a negative economic impact of just under $104 billion in the U.S. [source: Pew]. All of the medical costs expended for hospital visits, costs for foster care programs and for law enforcement salaries on answered child abuse calls, along with indirect costs like funding the court system and loss of productivity totaled more than the U.S. spent on education as a whole the year before [source: Heritage Foundation].

Of those cases of child abuse that plague the U.S., as much as 86.6 percent stem from neglect, where children are left to fend for themselves and aren't protected from imminent harm by their parents or caregivers [source: Kari and Associates, HHS]. A survey of child welfare professionals found that almost 80 percent of the workers estimated that at least half of all neglect cases arise from drug-addicted parents. It's also a vicious cycle: Children born addicted to drugs are two to three times more likely to be abused than non-addicted children [source: NACOA].

Considering the prevalence of child abuse in the U.S. and the disproportionate role that drug addiction plays in cases of abuse, it's little surprise that Barbara Harris created Project Prevention. Harris is the founder of Children Requiring a Caring Community (CRACK), the non-profit organization that carries out Project Prevention. In the late 1990s, the group began advertising its unconventional services via billboards and flyers distributed in poverty-stricken areas in Los Angeles. Taglines included, "Don't let pregnancy ruin your drug habit," [source: Paltrow].

The offer is simple. CRACK would pay current and former addicts $200 (and later $300) in return for undergoing sterilization surgeries like tubal ligation for women and vasectomies for men. For a lesser amount, addicts could agree to take long-term birth control. Addicts who refer others for sterilization get $50. Aside from signing a contract, there are no strings attached and payment is made in cash.

Within 13 years of its founding, CRACK paid $200 to $300 to more than 3,700 drug addicts in the U.S., is making inroads into the United Kingdom and has plans for a similar program in Kenya for women with HIV/AIDS [source: Time, Newman]. Yet wherever Harris or CRACK appears, controversy follows and some wonder whether the program is legal. 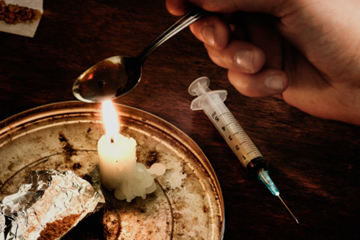 Is gun violence or terrorism a bigger threat to the United States?
Can the Government Access Data on Electronic Devices in Checked Luggage?
Can You Sue Over 'Third-hand Smoke' Exposure?