How many MOOC students finish their courses? 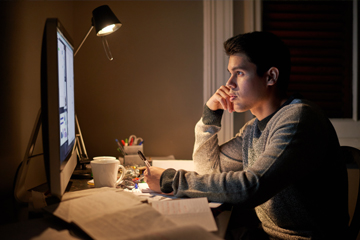 "Winners never quit and quitters never win," at least according to legendary football coach Vince Lombardi. Does this aphorism hold true in the realm of online learning? That's the question many experts are asking about the wildly popular and controversial MOOCs (massive open online courses) being offered by top-flight schools across the country.

Although MOOCs often have huge enrollments, sometimes as high as 160,000 registered students, dropout rates can be equally impressive at around 90 percent [source: Webley]. Detractors have gone so far as to suggest that MOOCs are most effective at teaching advanced students and fail to provide the individualized attention and support undergrads and others may need to perform well. What some have called revolutionary may be just ineffective, especially if only around 10 percent of students complete the coursework [source: Leef].

In response, MOOC supporters claim completing a class isn't always important, considering this type of instruction an inexpensive tutorial aid, or a supplemental reference resource for students enrolled in conventional degree programs. If MOOCs are approved as for-credit classes in the future, this will likely change, though, and could have a big impact on reducing class sizes and improving completion rates.

There's more: In 2013, MIT studied one of its own MOOCs, Mechanics Review, and discovered something interesting. Enrollment far surpassed the numbers of people successfully completing the free refresher course, with 17,000 registering and only 1,000 earning certificates. The surprising thing wasn't the dropout rate, though. It was that students who completed the course showed improvement regardless of their tested level of proficiency before instruction began. This included high school graduates through master's candidates [source: Anderson].

Although more study is necessary, this small sampling suggests MOOCs can be effective at teaching large numbers of students with diverse academic backgrounds. If true, naysayers claiming face-to-face education is best could be left with dwindling class sizes as MOOCs become more popular in the future.

Study: Grades Improve When Kids Learn Great Scientists Struggled Too
Can you get college credit for MOOC classes?
Are online degrees worth it?