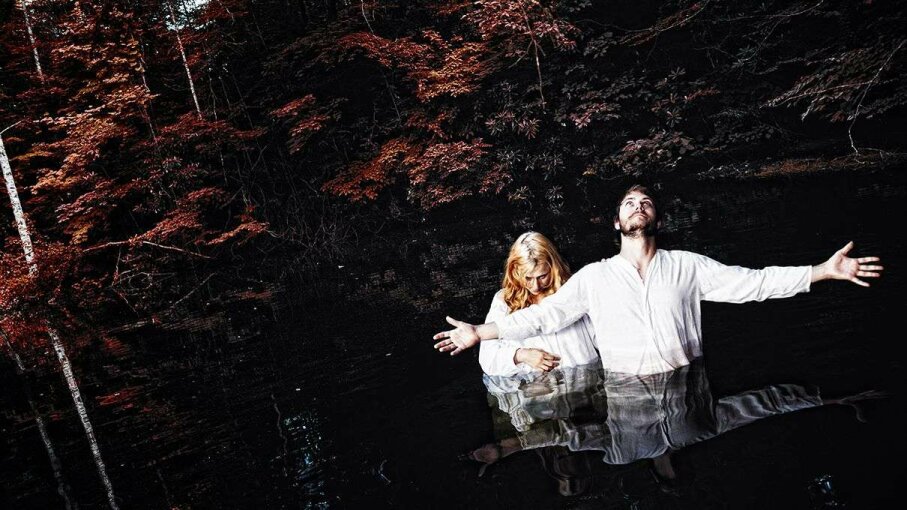 "Hell houses" remain alive and well, a way for churches to try to present what they see as the horrific results of a non-believing life. M. Eric Honeycutt/Getty Images

If you've ever had a difficult roommate, or know what it's like to live in a poorly circulated place that turns into a swamp come summer, you probably have a very specific idea of what the term "hell house" means. For some subscribers to the Christian faith, however, a hell house is a necessary evil. The religious-themed haunted house attractions pop up this time of year among the jack-o-lanterns and trick-or-treaters as a way for a certain type of Bible enthusiasts to try to scare folks into a very specific form of clean living.

"We want people to be entertained, but at the same time let them know that we're all mortal and there's an afterlife to consider," says Steve Vandegriff, who teaches in Liberty University's divinity school, speaking about the Southern Baptist college's annual Scaremare. "We as Christians believe there is a heaven to gain and there is a hell to shun, and we feel that the answer is through Christ."

Hell houses are a lot like the haunted homes decorated to scare the wits out of people during Halloween season. The only difference is that they come with a distinct message: This is the type of suffering that you'll endure as a part of eternal damnation if you don't leave that life of sin and start following the Christian path.

Just how heavily a particular house hits you over the head with the message depends on who's running it. A gruesome portrayal of a botched backwoods abortion that leads to death and damnation for everyone involved has long been a centerpiece of the Trinity Church hell house in Cedar Hill, Texas. Continue walking through the maze of scenes and you'll eventually get a heavy dose of the destruction that the megachurch says comes with being outed as gay, having premarital sex or tipping the bottle back before the legal age.

The Trinity Church event is running strong in its 26th year, and was the featured subject of the aptly named 2001 documentary film "Hell House." Check out the preview, which contains some mildly graphic imagery, for that movie here:

The idea has origins decades earlier, however, on the campus of Liberty University. The ultra-Christian college in Lynchburg, Virginia, was founded by televangelist Jerry Falwell. Travel there in late October and you'll find students and townies lined up outside an old abandoned house, waiting for the chance to get freaked out of their Bible-bumping boots by the goblins and ghouls and real-life sinners inside. More than 28,000 Halloween revelers, true believers and folks who probably just want to know what all the fuss is about forked over $12 a head last year for a chance to get scared straight.

The folks at Liberty might very well have spawned the hell house craze, but the general idea has taken on an afterlife of its own. That now includes the do-it-yourself hell house kits that one church in Denver is hocking for $40 a pop. Those packages include a ready-made gay wedding scene that then flashes forward to show the loving spouses dying of AIDS and being whisked off to join Satan in the depths below. Nuptials not your thing? Perhaps you'd prefer the "cyber-chick" multimedia package, designed to show off the ills of surfing the web indiscriminately.

Liberty's Vandegriff says the school's version of the hell house is a kinder, gentler and much less graphic one.

"We try to have a balance of the fun elements of Halloween, but also have some depictions of death," Vandegriff says. "It's not as graphic as some of the hell houses that are out there."

Liberty's Scaremare may be more of a Christian-friendly haunted home than a deep dive into the life of sin, but the attraction's website makes clear that the main point remains presenting a religious choice for people to make.

"Ironically, this House of Death points to the Way of Life!" it reads.

Now That's Interesting
The celebration of Halloween, or All Hallows' Eve, traces its roots back to Celtic new year events, in which revelers toasted the spirits of their recently deceased friends.